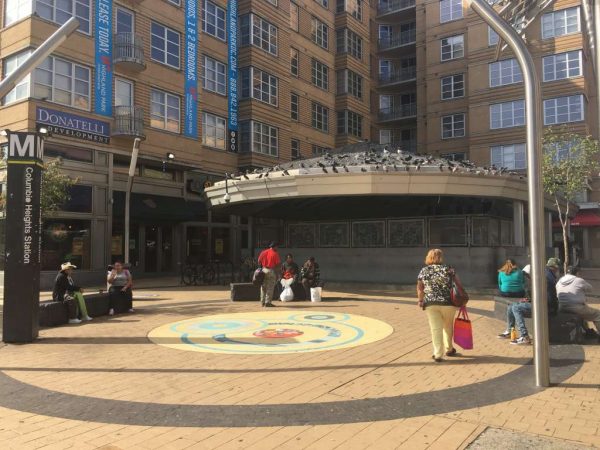 SafeTrack to Bring Major Disruptions Saturday — Metro on Saturday is set to begin a new phase of its SafeTrack repairs, which will close the NoMa-Gallaudet and Fort Totten stations until Nov. 22. The District Department of Transportation is extending the Circulator’s operating hours in an effort to help commuters during the repairs. [Washington Post]

Anti-Trump Pop-Up Bar, Italian Eatery to Open in Adams Morgan — An anti-Donald Trump bar selling mezcal is set to pop up next week in the former home of Libertine (2435 18th St. NW), which closed last week. An Italian restaurant, Rosario, is slated to open in the space after the pop-up bar. [Washingtonian]

Superheros Can Drink for Free at 14th Street Bar This Weekend — Black Jack and its pinball-themed bar, Tilt (1612 14th St. NW), plan to give a free drink to anyone dressed in a superhero costume this weekend as part of its pre-Halloween party. [NBC Washington]

How Shaw’s ‘Miracle on 7th Street’ Celebrates Christmas, by the Numbers — To serve the 23,790 customers it had last year, Derek Brown’s Christmas-themed “Miracle on 7th Street” pop-up bar went through 5,962 shots of nog, 360 gallons of chocolate milk for its “Francisco That’s Hard to Say” cocktail and printed 1,100 menus. The bar is set to take over Mockingbird Hill, Southern Efficiency, and Eat The Rich from Nov. 25 to Dec. 31. [Washington City Paper]