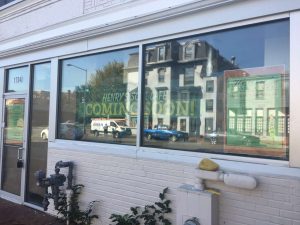 It’s official: Henry’s Soul Cafe says it will reopen its U Street location in time to bake pies for the upcoming holiday season.

The local spot hailed as the “home of the sweet potato pie” is slated to open its doors at 1704 U St. NW on the morning of Nov. 15, according to a recent Facebook post.

“ARE YOU READY? Henry’s U Street will reopen on November 15th @ 11 a.m.,” the enthusiastic message reads. “Tell your momma, cousin, friend… everybody! See you there!”

Locals can start picking up their Thanksgiving orders five days later on Sunday, Nov. 20, a sign posted on the front door of the restaurant says.

Though Henry’s Soul Cafe is best known for its pies, the eatery also slings heaping helpings of fried chicken and fish, mac and cheese, ribs and cornbread.