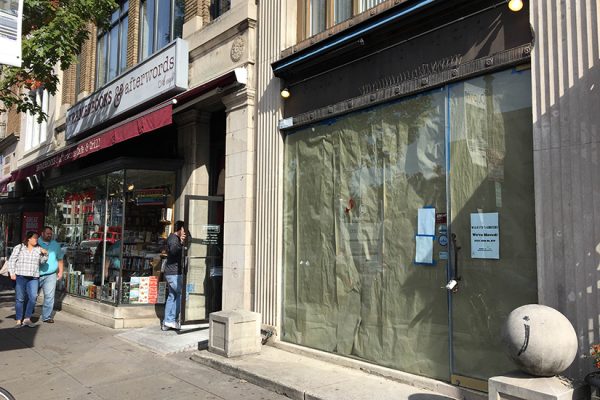 A popular bookstore near Dupont Circle may have plans to expand into the space next door.

According to the permits, the bookstore seeks to demolish at least part of a wall between the two spaces and start construction that would include “structural framing to support door location.”

But Kramerbooks isn’t ready to share its plans just yet. A public relations representative for the shop declined to comment on the possible expansion when reached earlier this afternoon.

Additionally, when a Borderstan reporter visited the store and asked a cashier about the permits, the employee replied: “We’re just doing some renovation is all I’m supposed to say.”

h/t to Borderstan reader Jonathan Padget for the tip

more stories
Previous
Pet of the Week: Paddington
Next
Car Passenger Shoots at Cyclist in Shaw