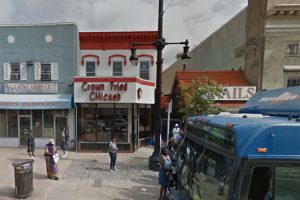 A visitor to a restaurant on the H Street corridor used pepper spray on an employee of the eatery in a dispute over a tip jar yesterday afternoon, police said.

The employee was working near the restaurant’s counter when a man tried to take money from the tip jar, saying he left a dollar on the ledge, according to authorities. The worker then tried to stop him, prompting the man to shoot the pepper spray in the employee’s eyes.

The man with the pepper spray fled soon after.

The victim declined medical attention, but washed his eyes out with water.