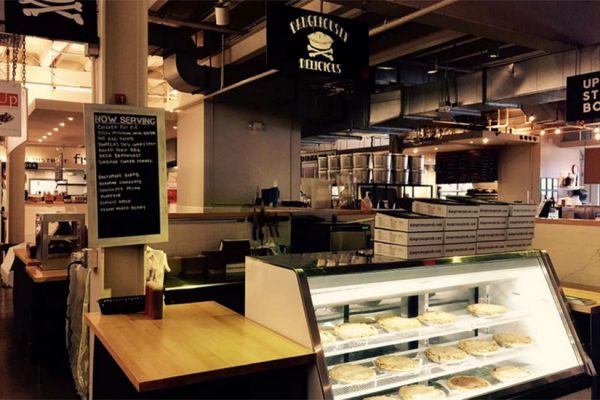 A pop-up pie shop has landed in Union Market.

Dangerously Delicious Pies is selling its savory and sweet pies and quiche in the food hall until the end of December, the business announced on social media yesterday.

The shop will open every day except Monday during its stint in Union Market.

In addition to its location in the food hall, Dangerously Delicious Pies has outposts in Chinatown, Baltimore and on the H Street corridor.