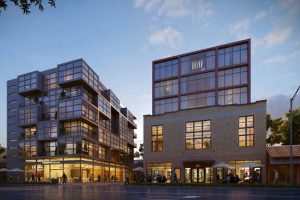 U Street community leaders are asking a group of developers to get moving on a plan to redevelop the former Grimke School building and surrounding area.

ANC 1B last Thursday passed a resolution urging the developers to move forward on the redevelopment of the properties at 1923 Vermont Ave. and 912 U St. NW by Dec. 1.

Under the developers’ plan — first awarded about two years ago — two parcels of land containing the historic school and the African American Civil War Museum would be redeveloped for residential and retail use. The project would also include offices for local dance studio Step Afrika and approximately 10,000 square feet devoted to new African American Civil War Museum facilities.

But in the time since the project was awarded, little has happened with it. Now, members of of the local community are getting cold feet, the ANC’s members said.

“We don’t think that it is acting in good faith to delay projects as long as this one has been delayed,” said commissioner Robb Hudson. “You’re sitting on a project [and] you have other people that are waiting to move into the space.”

According to the resolution, the developer has until Dec. 1 to execute a deal related to redeveloping the site. If that deadline isn’t met, the ANC will ask the District’s general counsel or attorney general to “aggressively pursue legal remedy, fines, and penalties” and seek to bar some of the project’s developers from participating in D.C. Government sponsored real estate projects for years to come. The ANC would also seek to “reissue an accelerated RFP for a new developer for the Grimke Redevelopment that retains the proposed tenants” if the deadline isn’t met.

“We’ve kept these people on the hook for many, many months,” Hudson said. “We’re very serious about this.”

Though the ANC doesn’t have the authority to enforce those demands, it can “definitely shed some light on what’s happened here,” Hudson noted.

Despite the warning, the ANC’s chair, James Turner, said the resolution was meant to “help move things along.”

“We want to work with you to keep the Grimke School used,” Turner added.