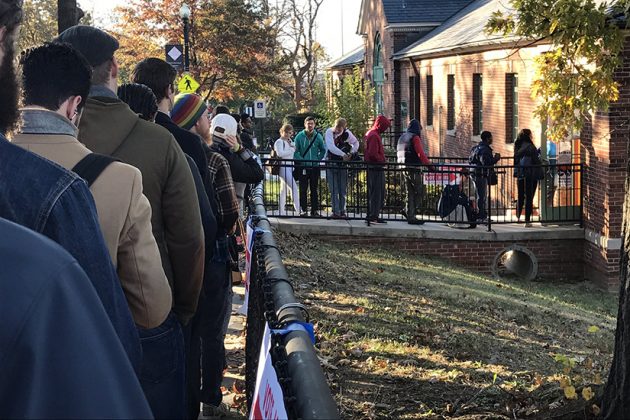 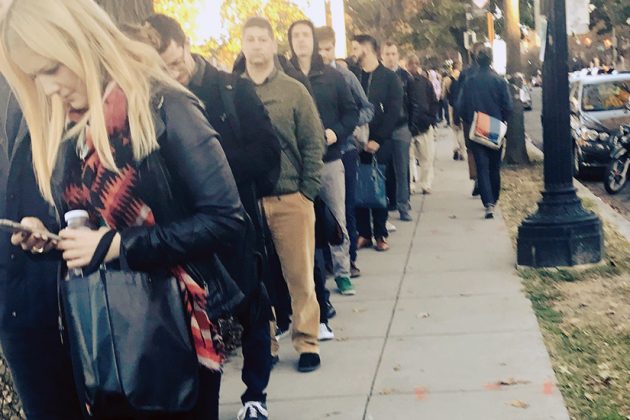 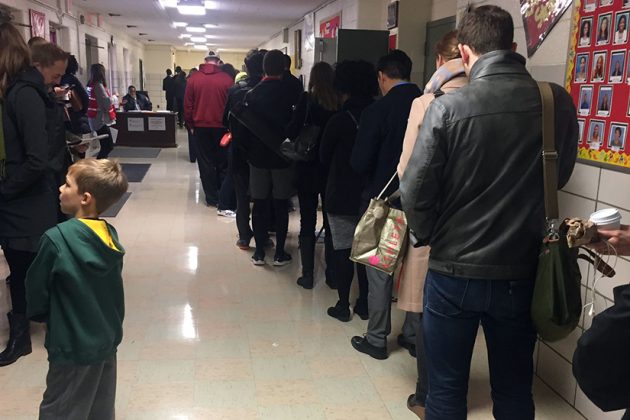 Long Lines at the Polls — It’s Election Day, and thousands of D.C. residents lined up across the city to vote early this morning. At Logan Circle’s Garrison Elementary, one reader reported spotting about 200 people. The line to vote at Banneker was a block long around 7:45 a.m. today, ANC 1B commissioner Brian Footer said. At 15th Street Presbyterian Church (1701 15th St. NW), one reader told us he waited more than an hour to vote. Locals who want to find their polling place can do so on the D.C. Board of Elections website.

Election Day Specials at Local Bars and Restaurants —  After you vote, if you’re still looking for something to do, plenty of local bars and restaurants are hosting election day deals and freebies. [DCist]

Grand Jury Investigation Launched in Police Shooting — The police-involved shooting death of Terrence Sterling has prompted a grand jury investigation. A D.C. Police officer shot and killed Sterling near the intersection of 3rd and M streets NW early on the morning of Sept. 11. [Fox 5]

Washington Post to Open Pop-up Election Shop — The newspaper will sell single copies of its Election 2016 print issue at a temporary retail space in the Post headquarters building on Franklin Square. The shop will open tomorrow and sell newspapers through Friday, Nov. 11. [Washingtonian]

H Street Pizzeria to Reopen Soon — Citi Pizza is coming back to H Street. The shop is slated to reopen in weeks with a facelift. [District Cuisine]