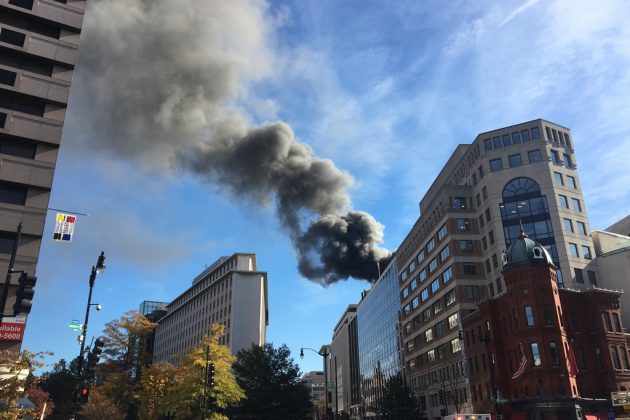 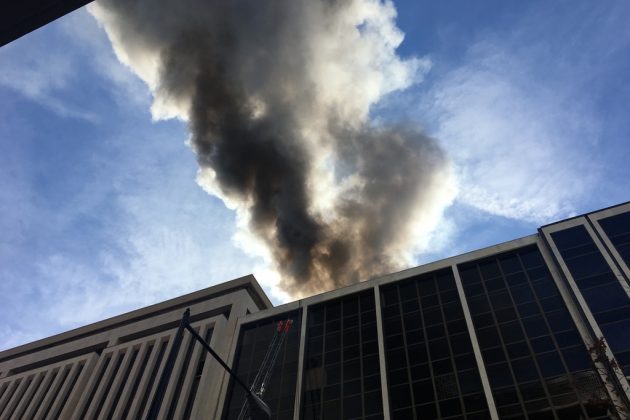 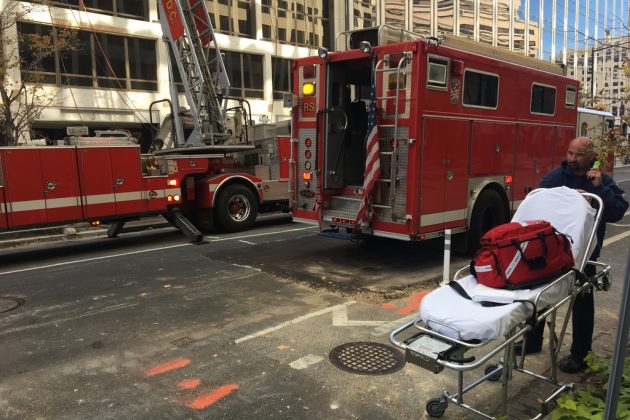 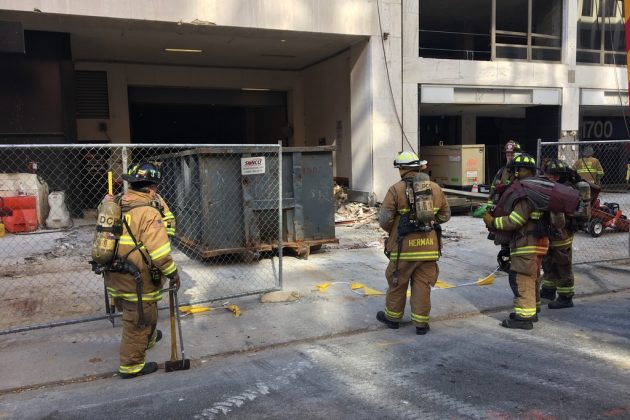 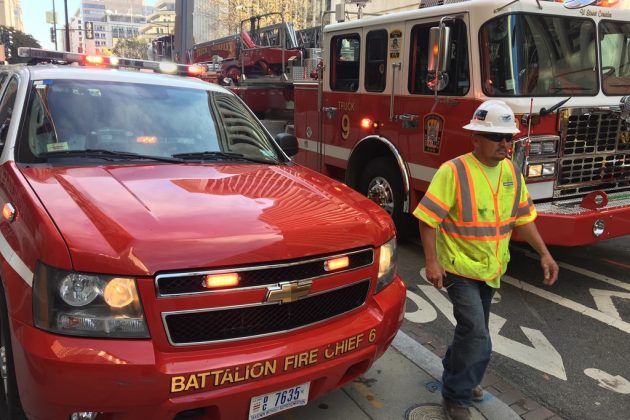 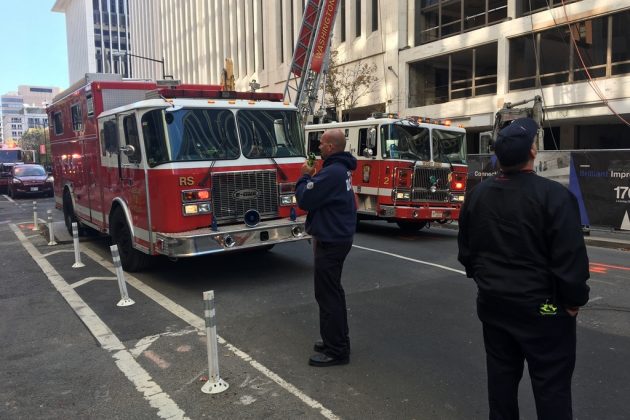 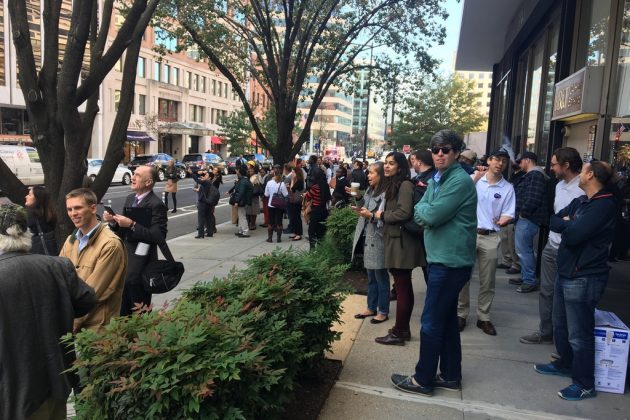 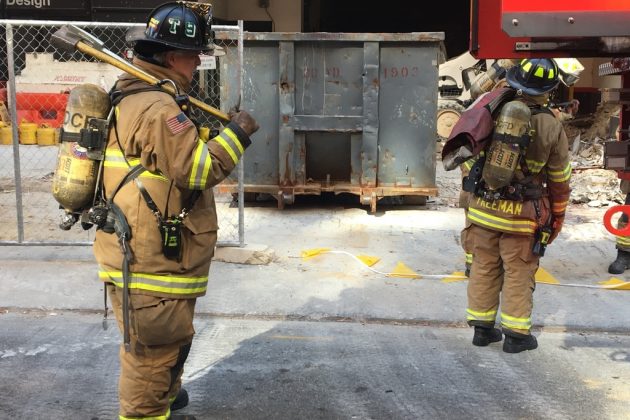 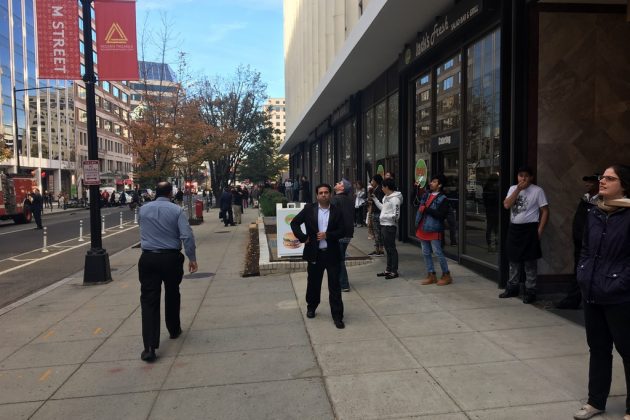 (Updated at 11:36 a.m.) A fire erupted in a building under construction in Dupont Circle this morning, causing black, smoke and ash to billow from its roof.

No injuries were reported. The cause of the fire also wasn’t immediately clear.

Building at 17th and M is under construction and on fire apparently? Seems bad! @borderstan pic.twitter.com/b89kLFXv7p

By 11:10 a.m., smoke no longer was pouring from the building’s rooftop.

Ronald Colbert said he saw the smoke from several blocks away and then rushed over to get a better look.

“It was brown smoke, Colbert recalled. “Then, it turned white.”

Employees at Caruso Florist, the flower shop across the street, said the foul-smelling smoke began pouring out of the building without much warning. The shop’s employees, along with a few hundred more people, lined the sidewalk across from the building for a better look.

The area may be closed for an additional hour or so as fire crews wrap up, according to authorities.