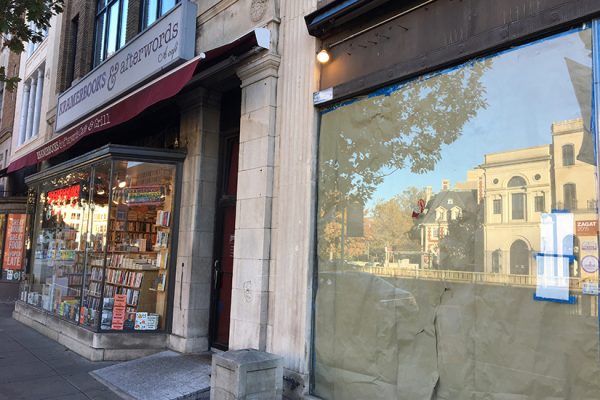 It’s official: Kramerbooks is expanding into the space next door.

Galler talked about the company’s plans during a meeting of Dupont’s ANC 2B last night.

“We are expanding into the space next door,” Galler said. “We anticipate opening to the public… probably the week after next.”

The expansion will “give business, particularly the cafe, some more breathing room,” Galler said. As a result, the shop will have more room to sell a wider variety of books.

A representative for the book store didn’t respond to a request for additional details.

more stories
Previous
Man Hit With Chain in West End Parking Dispute
Next
What to Expect Around Town This (Long) Weekend (Nov. 11-13)