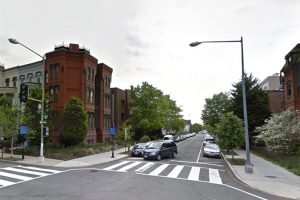 A thief with a gun robbed a man in the Logan Circle neighborhood early this morning, police said.

The victim was walking about two blocks north of the Logan Circle NW traffic circle when a man came up to him and pulled out a handgun, according to authorities. The man with the gun then pointed it at the victim’s chest.

“Shut the f–k up and keep walking,” the man with the gun said, while ordering the victim to hand over some of his belongings, according to police.

The victim then gave the man his wallet and iPhone.

The thief soon after directed the victim to continue walking and fled.

Authorities sent out a tweet with a suspect description after the crime: