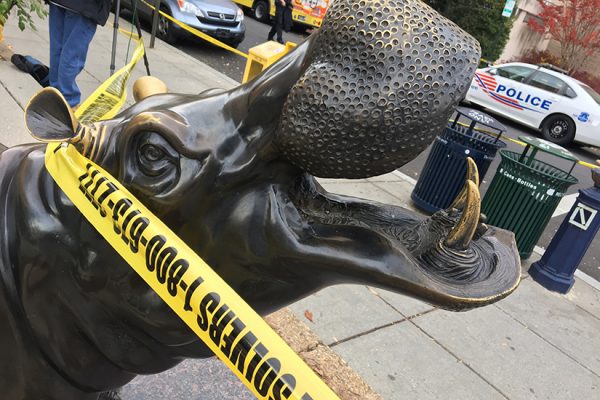 Chinatown Crosswalk Again Defaced — Someone once again scrawled a racist message on a crosswalk in Chinatown. The phrases “MOP HEAD” and “no pork” were written on the sidewalk sometime over the weekend. In August, police arrested a man for repeatedly writing the word “JEW” on the crosswalk over the summer. [DCist]

Cocktail Joint to Open in Former Dickson Wine Bar Space — A new bar called Five to One will soon occupy the basement level at 903 U St. NW. The bar will carry cocktails, beer, wine and maybe even some beef jerky. [Washington City Paper]