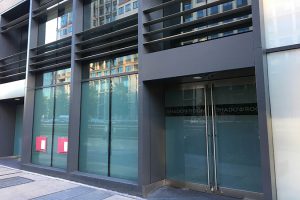 A dance club near Foggy Bottom is slated to close its doors for good at the end of the month.

Shadow Room (2131 K St. NW) will say goodbye to its patrons “at the end of November,” according to a representative for the business.

The club is slated to host a “last call” party with DJs, music and an open bar this Wednesday, Nov. 23.

The club posted a farewell message to its Facebook page yesterday:

Thanks to all those that have supported over the years and thanks to the amazing staff that has worked hard behind the scenes to make Shadow Room a D.C. destination. Come by this Wednesday if you are in town and let’s toast to almost a decade in D.C. nightlife as we say goodbye.

Though it’s unclear why the club is closing, it could be related to trouble with D.C.’s Alcoholic Beverage Control Board. Liquor regulators in October concluded Shadow Room had served several underage patrons during a special event last year, leading to a $5,000 fine and an order to temporarily suspend its license.

When asked about the closure, however, a Shadow Room representative said it “received a lucrative offer from a Saudi prince” but did not elaborate. A Borderstan reporter was unable to reach the representative for further comment.