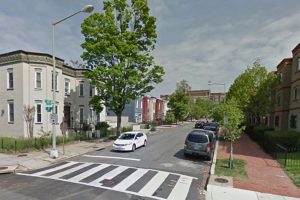 A robber put a gun to a woman’s face while stealing her car in broad daylight near U Street yesterday.

The carjacking happened on the 1200 block of W St. NW around 2:45 p.m. Tuesday afternoon, according to D.C. Police. The area where the crime occurred is two blocks from the U Street corridor.

The victim was in her car on W Street when someone opened her driver’s side door and pressed a gun to the surface of her cheek, according to a police report. The armed thief then yanked the woman out of the car and jumped behind the wheel.

Several other people  got in the vehicle before it sped down the road, police said.

The victim reported minor injuries to her face but refused medical attention at the scene.

Police tweeted descriptions of three of the suspects yesterday: