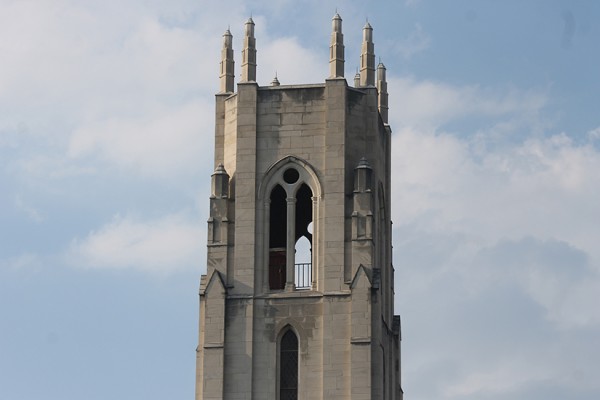 BBQ Joint Closes 14h Street Shop After Nine Months in Business — The 14th Street purveyor of ribs, beef sausage and smoked turkey breast is no more. BBQ Joint, which opened its location at 14th and U streets NW in February, closed up shop last night. “We couldn’t make the numbers work because the break even is so high in that neck of the woods,” owner Andrew Evans told the Washington City Paper. [Washington City Paper]

Barbecue Restaurant Planned in Columbia Heights — Out with the old, in with the new? A company called “Jenkins Capital BBQ” has plans to open a new restaurant in the former Ruby Tuesday space near 14th and Monroe streets NW. [New Columbia Heights]

Police Looking for Suspect in Attempted Rape at Downtown Hotel — D.C. Police are on the lookout for a man who assaulted, then tried to rape a woman at the Grand Hyatt Washington hotel near Metro Center. [Washington Post]

Rustik Tavern Closes in Bloomingdale — The eatery known for its brick-oven pizza and beer selection closed up shop over the weekend. [Washingtonian]