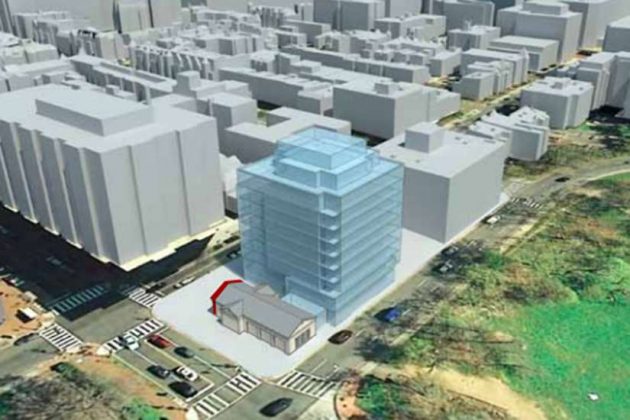 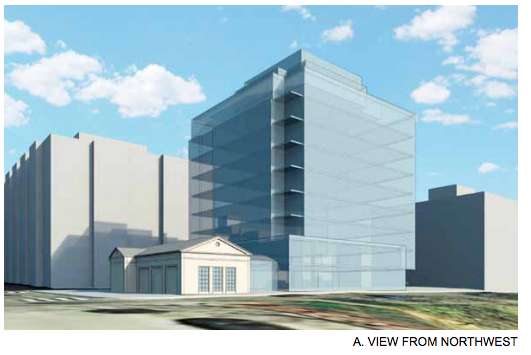 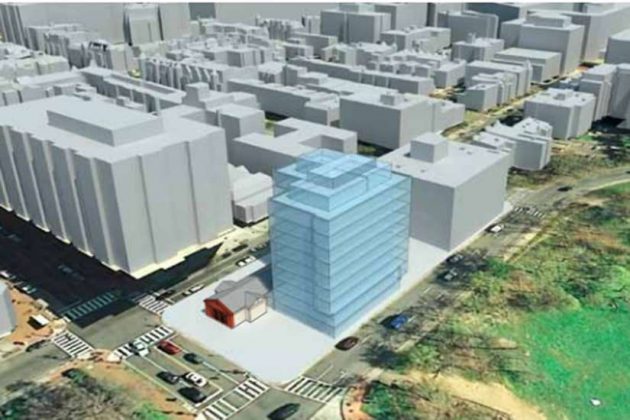 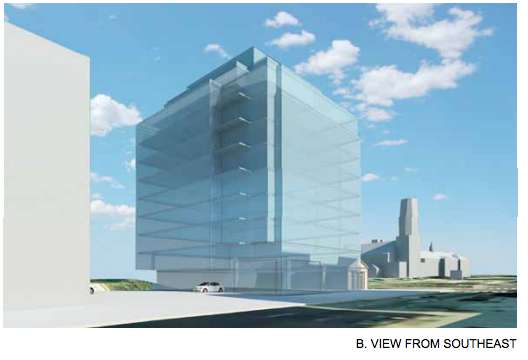 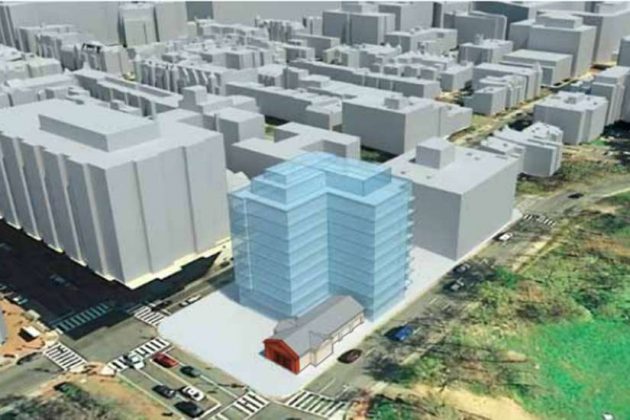 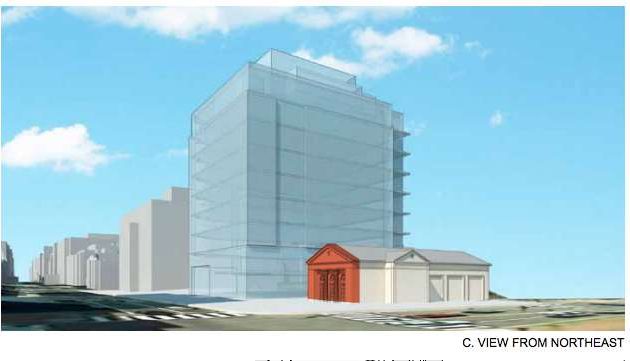 A plan to build a nine-story development at the site of a historic landmark in Dupont has drawn some criticism from D.C.’s Historic Preservation Office (HPO).

Developer Marx Realty seeks to redevelop a lot at 2200 P St. NW in order to build a new nine-story mixed-use development. The lot currently holds a Sunoco gas station that has a historic limestone building known as the Embassy Gulf Service Station, which would be moved and restored under the developer’s plan.

The proposed redevelopment would also include two stories of underground parking, the plans show.

From a recent HPO staff report:

The proposal presents three options for relocating the building on its site and for constructing a nine-story apartment building with ground-level retail adjacent to it; the gas station building would also be converted to retail.

Option A, the applicants’ preferred alternative, calls for turning the building 90 degrees so that its front faces east and construction of the new building with a square footprint would be to the south.

Option B moves the gas station to the northwest corner of the site with an L-shaped tower wrapping around it to the south and east;

Option C moves the gas station to the northeast corner of the site with an L-shaped tower wrapping around it to the south and west. All of the proposals would include a one-story connection to the landmark (not shown on the site plans but illustrated in the perspectives).

No design for the new construction has yet been developed; the applicants are primarily interested in getting reactions from the Board on the general concept prior to developing a design.

Although the project has generated some buzz throughout the neighborhood, the HPO worries the large development wouldn’t fit in with other buildings in the area, especially the historic building.

“The disparity in height between the nine-story new construction and the one-story landmark is stark, discordant and incompatible, and would result in the gas station being left in shadow,” the HPO wrote in its report. “While the open lot site to the south is under separate ownership and apparently not available for development, its presence adds to what is an unsatisfying urbanistic solution in which the weight of the new tower is pushed uncomfortably close to the landmark while a large open parking lot would remain on the other side.”

The HPO ultimately recommended the Historic Preservation Review Board “find the proposals for relocation and new construction incompatible with the character of the landmark and inconsistent with the purposes of the preservation act.”

Marx Realty was previously slated to bring its plans to the HPRB during a Dec. 1 hearing, but the company has postponed its presentation for now.