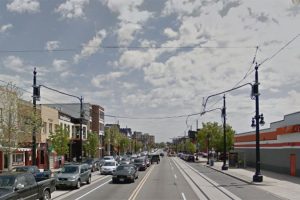 Police have arrested a 40-year-old man they said tried to run from them after he held up a business on the H Street corridor yesterday afternoon, according to authorities.

Alphonso Eric Bell of Southeast D.C. faces robbery while armed and unlawful possession of a firearm charges in connection with the crime, police said. Information on his lawyer wasn’t immediately available.

Bell is suspected of stealing $1,000 in cash at gunpoint from a commercial building on the 1200 block of H Street NE, police said. But authorities haven’t identified the business where the crime happened about 5:15 p.m. Monday.

Cops in the area saw Bell run inside the building and heard a commotion. He left the location soon after, and officers pursued him.

The officers caught him about a block away and found a .40 caliber semi-automatic handgun with 12 rounds in the magazine and one round in the chamber. Cops also recovered the stolen money.