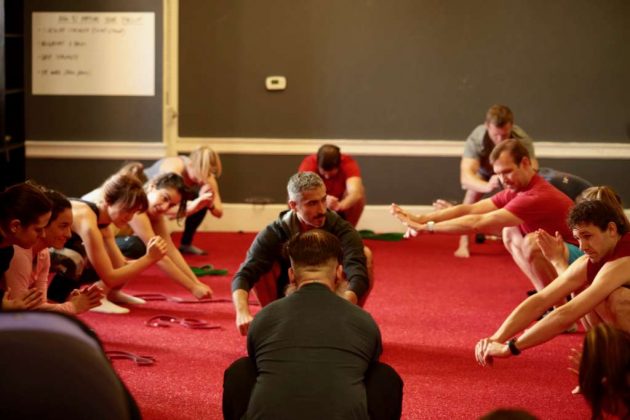 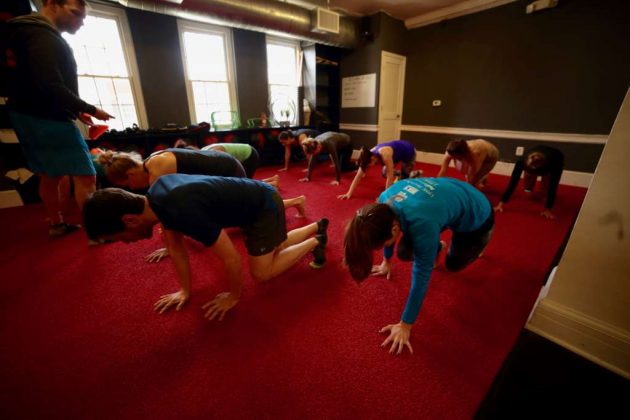 A gym focused on teaching people how to properly bend, move and stretch is slated to open in Dupont next week.

Reset won’t focus on the gut-busting workout routines. Instead of fast and furious cardio or weightlifting sessions, the gym’s trainers will teach people how to do a squat and flex their joints the right way.

In other words, it’s a gym that caters to people who don’t go usually to the gym.

“If you’re hunched over all day, your hip flexors are tight, your chest is tight,” King said. “[Reset] is about getting your body back to its normal state.”

During classes, the studio’s instructors will lead patrons on “dynamic movement patterns, voodoo flossing and foam rolling, active isolated stretching, restorative yoga and Qi gong,” according to a press release. Additionally, Reset will have a quiet meditation room and host regular “Yoga Party” events with a live DJ and a local yogi.

But the gym isn’t only for newbies, King said. Reset will also help people recover after a full week of Crossfit or Pilates.

“The person who is hitting high-intensity classes five days a week, they just need a place where they can shut everything down and get their body back,” King explained. “We look at it on both ends of the spectrum.”

And the low-intensity nature of the workouts doesn’t mean they’ll be easy.

“It’s going to be challenging,” King said. “But it’s going to put people back into proper form and use.”

Reset will host its grand opening party at the Dupont Circle studio on Saturday, Dec. 10 from 4-6 p.m.