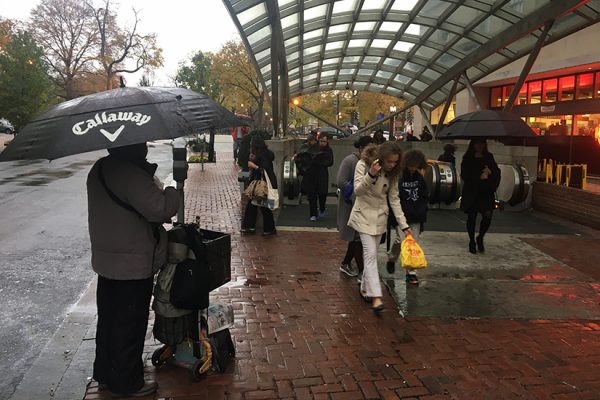 Trader Joe’s to Open Store Near Union Market — The grocery chain reportedly has signed a lease for a building under development at 1240 4th St. NE. If all goes according to plan, the new store would open in the second half of next year. [Bisnow; DCist]

Downtown Eatery Vidalia to Close Dec. 15 — The Southern restaurant at 1990 M St. NW is slated to close Dec. 15, according to its owner. The space will be turned into “Honeysuckle,” a new “American regional” restaurant from a former Vidalia chef. [Washington Post]

From Monkey King to Tiger Fork — The Hong Kong themed eatery slated to open in the former Rogue space at 922 N St. NW restaurant won’t be called Monkey King after all. Why? The restaurant’s former name was too similar to a Texas noodle joint. Instead, owner Greg Algie said he’ll name his forthcoming restaurant Tiger Fork. [Washington City Paper]

‘Hitler Was a Hero’ Scrawled on Shaw Sidewalk — Someone wrote “Hitler was a hero” in orange chalk on a sidewalk in Shaw recently. The message was washed off by about noon yesterday. [DCist]

Bad Saint Scores Another Good Review — This time from the New York Times. Guess those lines won’t be getting shorter any time soon? [New York Times]