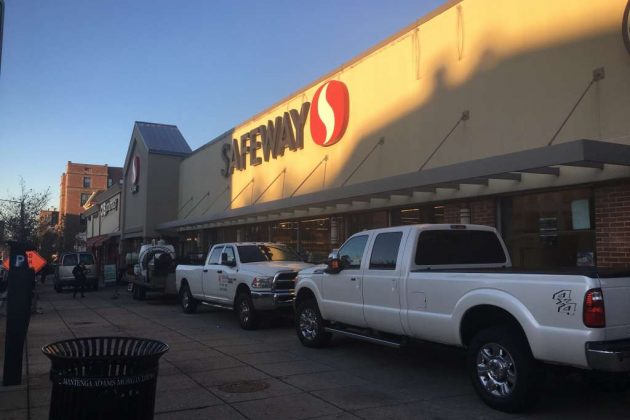 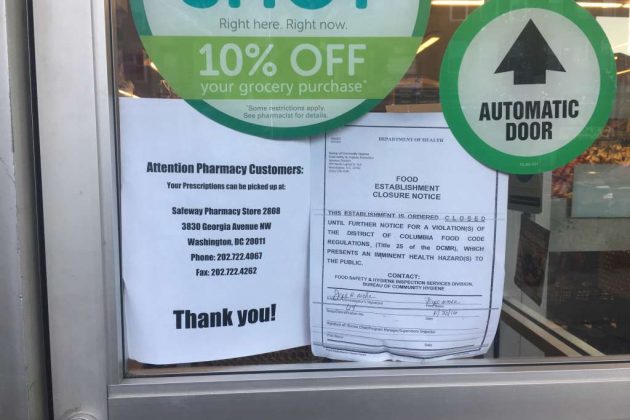 Update at 6 p.m. — The store reopened after another health inspection this afternoon, employees said. Inspectors found mice droppings there earlier today, according to NBC Washington.

A national grocery chain in Adams Morgan is closed for now after a food safety and hygiene inspector reported finding evidence of pests there yesterday, according to the D.C. Department of Health.

The Safeway at 1747 Columbia Road NW currently can’t serve customers for “failing to minimize the presence of insects, rodents and other pests on the premises,” the DOH said in a notice yesterday.

Security guards turned people away at the store’s front doors last night, according to one person who tried to shop there.

Workers were seen cleaning inside the Safeway when a Borderstan reporter visited earlier this morning. One employee said they hope to reopen the supermarket later today but declined to comment further.

The DOH didn’t immediately provide any further details about the closure. The agency typically releases full reports on closures within a week or two of its inspections.