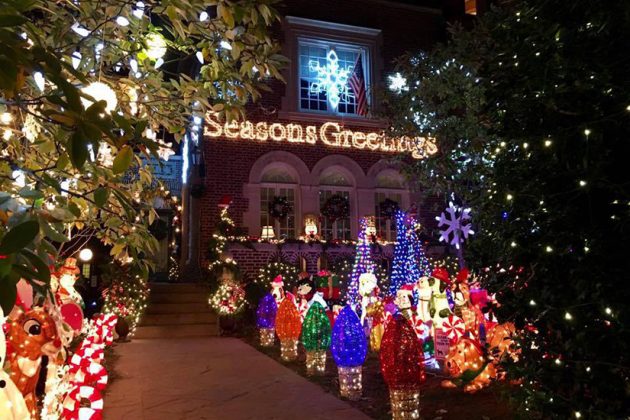 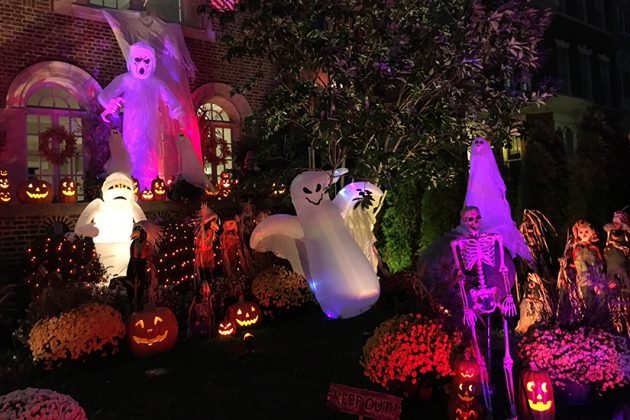 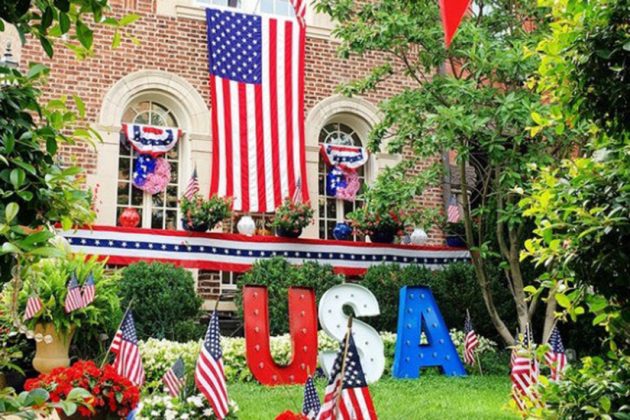 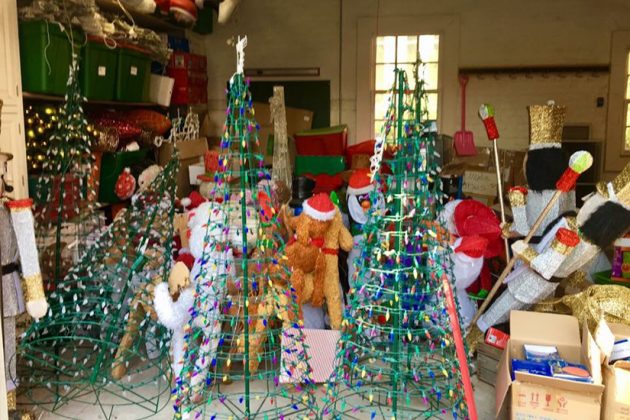 They call him “Mr. Holiday.”

But Christmastime is perhaps Nelson’s favorite season. Each year on the day after Thanksgiving, he lugs candy canes, twinkling lights and Santa Clauses out of storage and into his front yard.

Setting up takes about three days, Nelson said, but creates a dazzling yuletide display that draws crowds of curious onlookers every year.

“Our electric bill goes up about 400 percent during the month of December,” he said. “It’s thousands of dollars. I don’t like to think about it.”

It’s a tradition that Nelson and his partner, Jose, have carried out for roughly a decade, and much to the delight of the surrounding neighborhood.

People often come by and ring the doorbell. Once, Nelson found a group of women sitting in his living room. They thought it was a hotel.

“They don’t know if it’s part of the church, if it’s an embassy,” he added. “You get people who ask, why do you do this?”

But when people do ask, Nelson responds it’s because he’s just glad to bring a smile to his neighbors’ faces.

“Life is better with a theme,” he likes to say.

Earlier today, Nelson came home from the dog park to find a note taped to his front door. The letter was from a boy who passes the house on his way to and from school. The boy, with the help of his mom, asked Nelson questions like, “where do you get your decorations?” (Ebay, post-Christmas sales at Home Depot) and “did you grow up in a house that decorated like this? (Nelson grew up in Minnesota, “where decorating for Christmas is basically a rite of passage.”)

Upon seeing the letter, Nelson said he nearly cried.

“It’s [nice] to spread some Disney pixie dust on a city that all too often takes itself too seriously,” he said. “That’s what I try to achieve.”