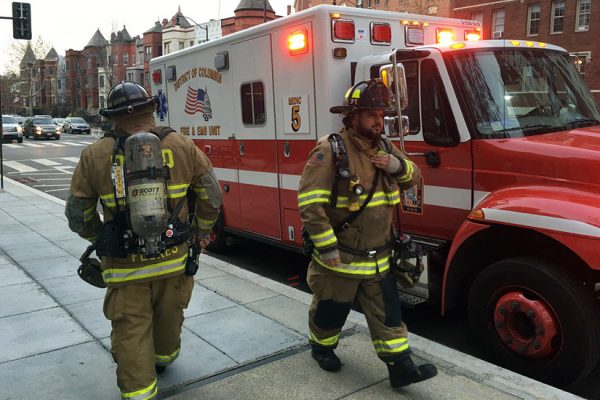 Three adults and one child were taken to the hospital for evaluation after someone reported a possible gas leak at a school near 14th Street earlier this morning.

The D.C. Fire and EMS hazmat unit was called to the St. Augustine Catholic School (1421 V St. NW) to investigate the reported leak around 8 a.m. today.

Firefighters initially said five people were possibly sickened during the incident, but only four were taken to the hospital as a precautionary measure.

Hazmat crews searched the building but did not find evidence of a gas leak.

@dcfireems 4th patient, adult, has requested to go to hospital. Gas in school cafeteria shut down as precaution. Incident under control.