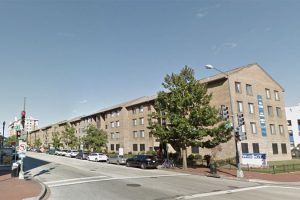 “Do you know what time it is?” the man asked the victim, according to authorities.

The victim responded with the time. Another man then punched him in the back of his head and pushed him up against a door.

The attacker and the man asking for the time pummeled the victim soon after. The assailants eventually grabbed the victim’s wallet, cellphone and backpack before fleeing.

A thief also hit a man and stole his coat before the victim got away in Shaw last night, police said.

The violent robbery occurred on the 900 block of M Street NW about 11 p.m. Tuesday.

The victim was walking in an alley just west of the convention center when a man approached him from behind and hit him in his head, according to authorities. The attacker then took the victim’s Orioles jacket, but was unable to get anything else.

The victim had run off to contact police, leaving the thief and an accomplice behind.