The residential neighborhood in Northwest Washington, Cleveland Park, is bounded by Rock Creek Park to the east, Wisconsin Avenue to the west, Klingle Road to the south and Rodman Street to the north. The two main commercial corridors in the neighborhood are Connecticut Wisconsin avenues.

The neighborhood was named Cleveland Park in 1886 when President Grover Cleveland bought a farmhouse that was used as a summer estate, which he named Oak View. The higher elevation of Cleveland Park provided cooler temperatures from the hot summers in downtown Washington. Many of the original houses in the area were originally built as summer homes — many built with large porches and expansive windows. The creation of the streetcar along Wisconsin Avenue spurred the commercial development to serve the nearby residents. 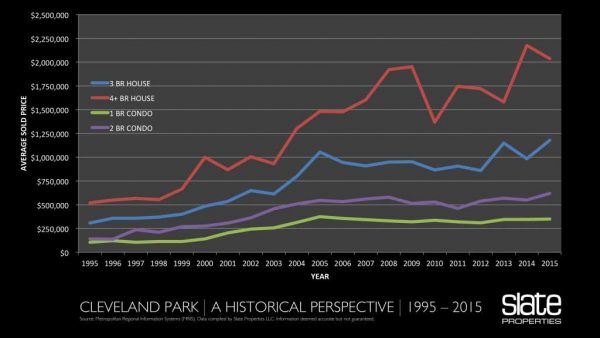