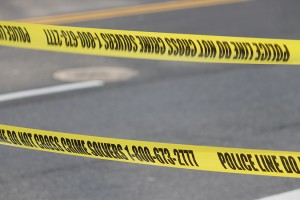 A would-be thief shot a man who scuffled with him and an accomplice after the duo attempted to rob the victim in the Mount Vernon Triangle area last night, police said.

The shooting happened on the 300 block of Massachusetts Avenue NW about 6:15 p.m. Wednesday.

The victim was about a block west of I-395 when he came into contact with two men, one of whom demanded to have the victim’s wallet and keys, according to authorities. A fight then broke out between the three men.

At some point, one of the would-be robbers shot the victim in his left wrist. The would-be thieves fled soon after in a black Nissan Altima with Virginia license plates.

The victim survived the encounter. But his condition wasn’t immediately clear.