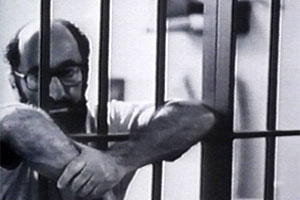 Dir. Dara Bratt
(63min, Canada/USA, 2015)
Documentary
Holocaust survivor. Womanizer. Pro-choice crusader. Dr. Henry Morgentaler, who passed away in 2013, is often referred to as the most loved and hated man in Canada. But so little is known about the contradictions behind the activist. The Singing Abortionist is the deconstruction of the man behind the cause.

Steadfast to the belief that “to help people is not a crime” and a rebel at heart, Henry called a press conference in the ’70s to announce that he had performed 7000 illegal abortions. To take it even further, he performed an abortion, live on television, on Mother’s Day, in 1972. But why would a man who had barely escaped Nazi Germany put himself back in a position to be imprisoned?