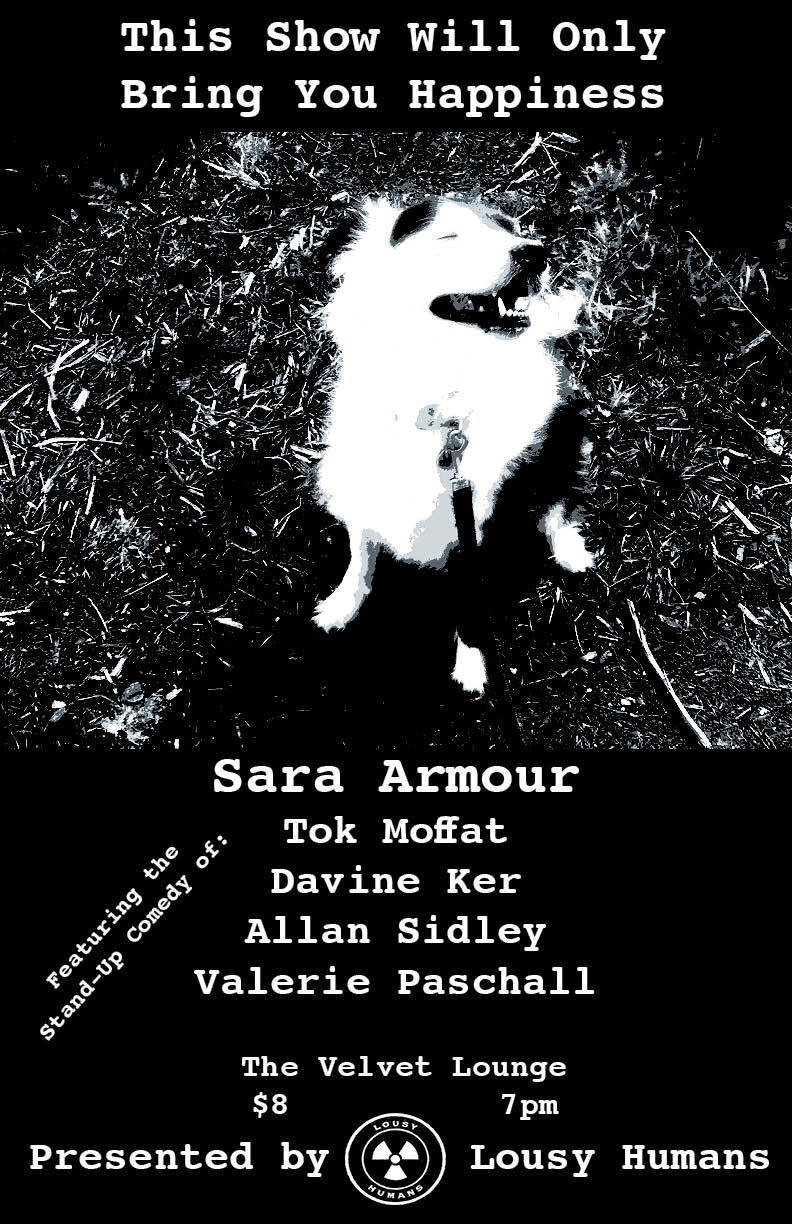 This Show Will Bring You Happiness is a monthly showcase every second Friday at the Velvet Lounge. In addition to accessing the Velvet Lounge’s Happy Hour deals (woo for cheaper beer and liquor!), the $8 ticket will bring you loads of laughs courtesy of some amazing stand-up comics. This month’s headliner is Sara Armour. Sara appeared on Last Comic Standing last season and co-hosts a monthly show at Caroline’s on Broadway called The Moonual. The supporting comics (Tok Moffat, Davine Ker, Allan Sidley) have appeared at The DC Improv, Story League, Laugh Index Theatre and all of them book their own shows. Valerie Paschall hosts. This show is presented by Lousy Humans.