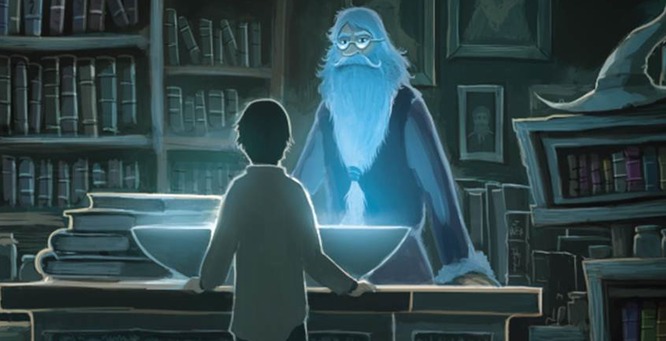 Join us as Harry Potter scholars Tolonda Henderson and Kylie Madden share their unique expertise in this lecture double feature in honor of Banned Books Week! Coming in costume is encouraged.

Throughout the Harry Potter series, the word “Mudblood” is a form of hate speech that causes group harm by attacking the blood status of muggle-born witches and wizards. It is used as a prejudicial slur passed down through generations of pureblood families. “Mudblood” is used to undermine the existence of muggle-borns in the Wizarding World, and helps to provide a better understanding of the potential consequences that result from using such a word in today’s world.

Many attempts have been made to ban the Harry Potter series from libraries across the country, but within the narrative itself, only the books on Horcruxes are entirely removed from the library at Hogwarts based on their content. This is not to say that all information flows freely, however. An entire section of the library is dedicated to books only allowed to circulate to advanced students and various people throughout the series are forbidden to discuss certain things. This presentation will explore what gets banned in Harry Potter (including items and activities), how access to information is conceived of in the series, and the role of the library in Rowling’s Wizarding World.

Tolonda Henderson has been researching and writing about Harry Potter since 2012. An Instruction and Reference Librarian at George Washington University, she has given such presentations as “Restricted Access: The Gendered Role of the Library at Hogwarts” (Southwest Popular/American Culture Association, Albuquerque, NM, 2014), and “Glad of Your Absence, Or, Why Nobody Writes about Ron” (Harry Potter Conference, Philadelphia, PA, 2014). Ms. Henderson co-authored a chapter with Amy Von Lintel in From Here to Hogwarts: Essays on Harry Potter Fandom and Fiction entitled “More than Moving Images: The Visual Culture of Harry Potter.” Recently, she has been interviewed by media in the United States and Canada about The Boy Who Lived.