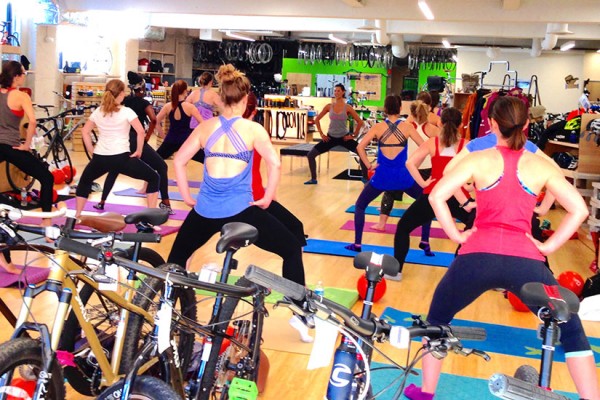 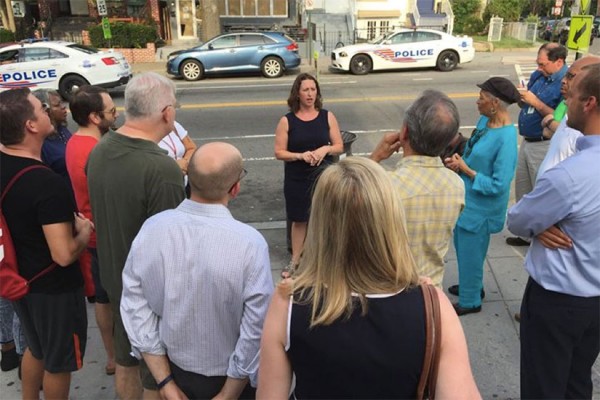 Locals who live near the 14th Street corridor are set to have a chance tonight to ask police and some of their elected representatives about crime in the area.

Councilmember Brianne Nadeau of Ward 1 is scheduled to host a public safety meeting from 7 to 8 p.m. in the Reeves Municipal Center at 2000 14th St. NW, according to a Facebook post. Nadeau, as well as local cops and ANC commissioners, are expected to participate.

The discussion will focus on crime near where 14th Street intersects with V and W streets. Last month, 29-year-old Delany Christopher Epps of Northeast D.C. was shot and killed in the area.

Nick Barron currently holds a seat on Advisory Neighbor Commission (ANC) 2F for District 02, which serves part of the Logan Circle area. ANCs, dating from 1976 as part of DC’s Home Rule Charter, are the District’s most local form of government. The non-partisan Commissions lack the legal authority to regulate or pass binding laws, but are crucial to getting the necessary support behind many a project here in the District. (For more information see What Exactly Do ANCs Do? and ANCs Part 2: What Do Commissioners Do?)

Although he has not yet completed a full term as a commissioner, Barron has stepped up to bat as a leading advocate for Logan Circle’s interests. He was appointed to fill a vacant seat for the remainder of the term, which will conclude this Fall, but has decided not to seek reelection as a commissioner. I chatted with him about why.

Borderstan: Ultimately, what made you decide to not see a full term for the ANC 2F02 seat?

Barron: I decided not to run for reelection because I need to pursue graduate school and my professional development. I knew I couldn’t be the commissioner I expect of myself and still accomplish these other goals. By the time my term ends in December, I will have served a year and a half. I couldn’t accept another term knowing I would be resigning before the end of my commitment.

Borderstan: How many hours per week do you spend on ANC business?

Barron: I spend at least six or seven hours per week on Commission business. This involves a lot of reading and research to be better informed, responding to emails, attending ANC meetings, meeting with residents and developers, and updating my blog or e-newsletter. I guess the majority of my time goes into constituent relations – trying to find ways for people to stay informed and to reach out to me. Unfortunately this leaves little time for working on major projects, like the commercial makeup of the neighborhood, or parking.

Borderstan: What would you say are the most important qualities a candidate for an ANC seat should possess?

Barron: An ANC commissioner needs patience, communication skills, and perspective. People reach out to their commissioner when there’s a problem, so you often receive lots of negative feedback. That’s okay and it’s great that people take an interest, but patience is key. Even so, I found that most people, even if they don’t agree with you, will respect you for being able to communicate the actions and positions you’re taking. That said, a good commissioner should be able to see things from other people’s perspectives. I’m not a landlord, business owner, home owner, wealthy or poor, but I represent people who are, in a quickly evolving neighborhood trying to decide what kind of community it wants to be. A good commissioner can look at an issue and understand the players involved, their concerns, and be empathetic toward each of them.

Borderstan: What are the major issues facing (1) District 02 and (2) Logan Circle overall?

Barron:The Logan Circle area is in the process of deciding what it wants to be in five years, and how it can guide development in that direction. The 1300 block of 14th Street exemplifies this debate. It is one of the last commercial blocks in Logan that has largely escaped redevelopment. As these properties are redeveloped, you have more bars and restaurants who want to get in on the action, but you have residents saying, “Enough. We need places to shop. We don’t need any more places to eat or grab a drink.” Hardly an ANC meeting passes without me hearing, “We don’t want to be another Adams Morgan.” That pretty well sums up the challenge facing Logan Circle today. (Note: See Population Gains Add 2 Seats to Logan Circle ANC 2F.)

Of course parking is also a prominent, but that’s a symptom of the larger question around development and solving for what kind of community Logan will in the near future. And let’s keep things in perspective. There are plenty of neighborhoods in this city and in cities across the country just praying for the kind of problem we are now confronting in Logan. It doesn’t diminish the importance of the challenge to us residents, but I think perspective is essential in addressing issues.

Borderstan: What are the most rewarding parts of the job?

Barron: The most rewarding part of my job is making what I believe was an overall positive impact. As an ANC commissioner you are both incredibly limited and incredibly powerful. You have no legal authority, but your vote and voice can change something fundamental in the lives of residents. Decisions I make as commissioner are not only critiqued today, they will be critiqued for years to come.

It’s the person living in a new building seven years from now wondering why there isn’t a parking space for his car in the building’s garage. The person who wishes their building had a rooftop deck, or the resident frustrated they have to go to Georgetown to shop for clothes. That’s quite an impact, and that’s the most rewarding part of my job because an impact is what I want to make, and hopefully the totality of my impact will be a positive for the neighborhood.

Borderstan: What are the most frustrating parts of the job?

Barron: On the lighter side, one thing I find frustrating is my inability to keep another small plate restaurant from opening. I personally hate small plate menus, but I’ve also had a great deal of residents tell me enough is enough with small plates. An ANC commissioner can’t tell a business how to operate, so I tell people if they don’t like small plates, don’t give them business. More seriously, I find the lack of resident participation in ANC business quite frustrating.

As ANC commissioner I try to make it easy for residents to stay updated and to contact me. I had a website, blog, newsletter, Twitter, Facebook, and I gave my e-mail and phone number to anyone who wanted them. And still I hardly hear from any residents unless I go to them individually. I get it. People are busy and don’t understand the process, but it’s frustrating because an ANC commissioner can only be as good as the people they represent.

I absolutely want to voice the majority of my residents’ opinions. In fact, I’ve voted on some items before the ANC against my personal opinion because I wanted to vote the will of the people to the best I could determine it. The challenge is in finding the majority opinion, and not just the most vocal or active opinion.

The app Popularise, when it came out, was touted as one of the best real estate apps ever. A year later, it seems the app is indeed complying with its projection.

The Millers, the developers, stopped by the local ANC meeting to say that they have big things planned for the 14th Street corridor. Both Ben and Dan Miller are residents of the 14th Street Corridor (hi, neighbors!) and may be doing some cool stuff with all the real estate developments around that strip.

A tool that allows residents to help plan the future of their neighborhoods via input on what is needed, what it should look like — coming to one of the fastest growing areas of town, with lots of NIMBY controversy?

Sounds like one heck of a good idea to us. Thanks to Washingtonian for the tip!

Like reading Borderstan’s Politics & Government stories? Get an RSS Feed for the P&G Section, or anRSS Feed for all Borderstan stories.