D.C. Police are on the lookout for a group of women who may had the munchies so bad they allegedly stole about $150 in snacks from a 7-Eleven convenience store in Dupont.

A dozen women filed into the 7-Eleven at 1645 Connecticut Ave. NW just before 2 a.m. on Aug. 12, according to a police report. Once inside, some of the women grabbed chips, drinks and other snacks before bolting from the shop without paying. Though one of the store’s cashiers tried to stop them, the women ran away with roughly $150 worth of snacks and drinks, authorities said.

A new police video appears to show the moment the mass theft occurred. In the video, a group of happy, smiling women can be seen walking into the convenience store. Several of the women appear to stare directly into the camera as they walk past; one woman even seems to fix her hair while gazing into the camera. Then, seemingly without warning, the women make a break for it.

Authorities are asking anyone with information about the women in the video to contact them by calling 202-727-9099 or texting tips to 50411. 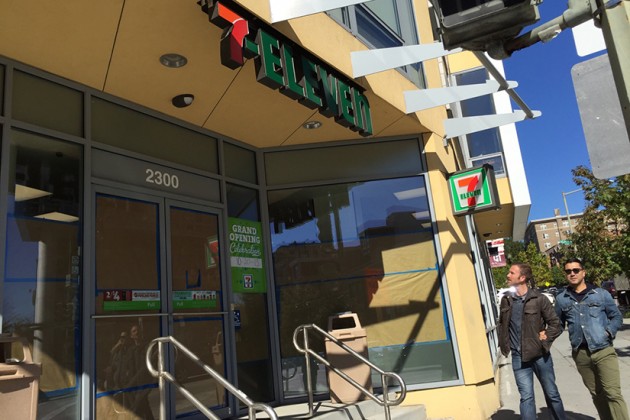 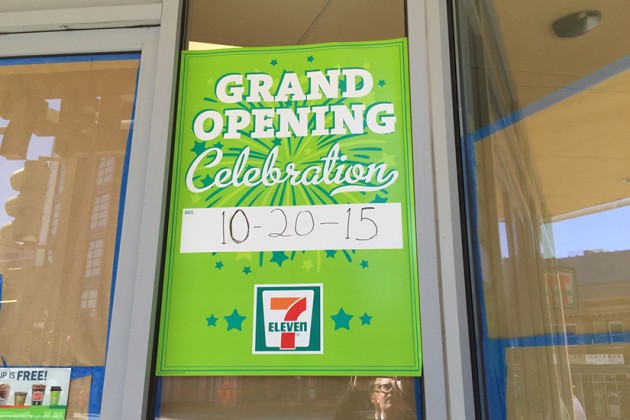 DC Police are asking for assistance in identifying the suspects in two recent armed robberies of 7-Eleven stores in the area. Police have not announced whether the two cases may be related.

In the first incident, the 7-Eleven at 1622 7th Street NW, near the Shaw-Howard University Metro station, was robbed by two masked men at about 5:30 am the morning of July 24. MPD has posted a video with surveillance footage from the armed robbery. No one was injured but the suspects did take money from the store’s cash register.

The 7-Eleven at 1115 U Street NW was also robbed by two masked men in an incident early Tuesday morning (see U Street Gun Robbery: 7-Eleven Robbed by Masked Gunmen). The two suspects stole money from the register and then fled in an unknown direction. No injuries were reported.

According to a news release from the Police, the suspects are described as “a black male in his early 20s, 5’11-6’0 tall, slim build, dark complexion, last seen wearing a full mask, gray jeans and a gray shirt,” and “black (unknown sex) in their early 20s, 5’6″ tall, slim build, medium to light complexion and last seen wearing a face mask, blue jeans and dark hooded shirt.” MPD also posted a photo of the two suspects — although identifying them may be difficult as both are masked.

Update:  Police have now also released a video with surveillance footage from the U Street 7-Eleven robbery.

Anyone with information in either of the robberies is asked to call MPD investigators at 202-727-9099. MPD offers rewards of up to $10,000 for information leading to an arrest in a robbery case.

The 7-Eleven at 1115 U Street NW was robbed at gunpoint by two masked men early Wednesday morning, August 1. The gun robbery occurred at about 4:30 am. The suspects were both described as black males, one wearing a gray shirt and dark pants and the other wearing a dark shirt and dark pants.

Councilmember Jim Graham (D-Ward 1) reported that a low-caliber weapon that police initially believed was a BB gun was used in the July 28th shooting. According to comments he made to the The Washington Post, Graham does not believe the two shooting incidents are related. He noted the most recent shooting was particularly troubling, because the two women shot were bystanders that did not appear to be the intended targets. Graham tweeted Monday that he was on U Street “talking about what we need to do to reduce crime.”