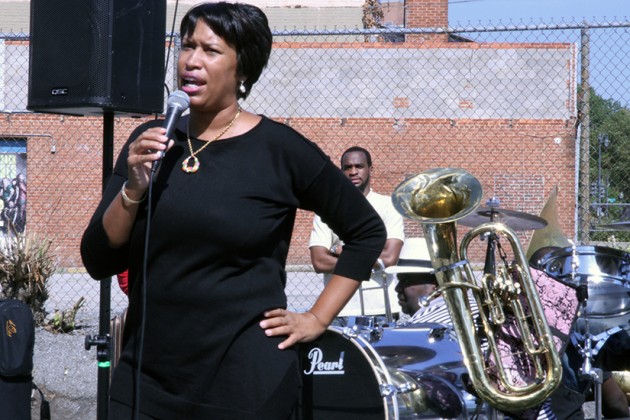 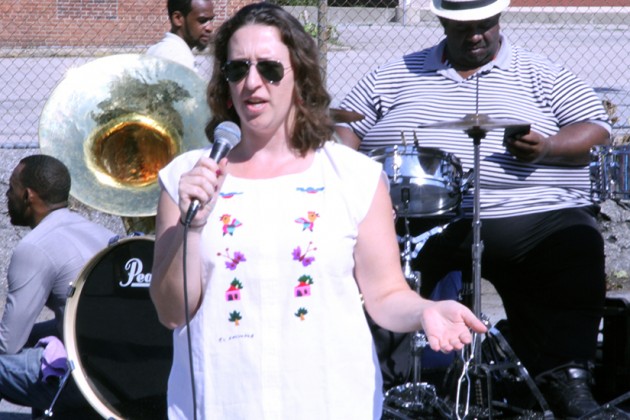 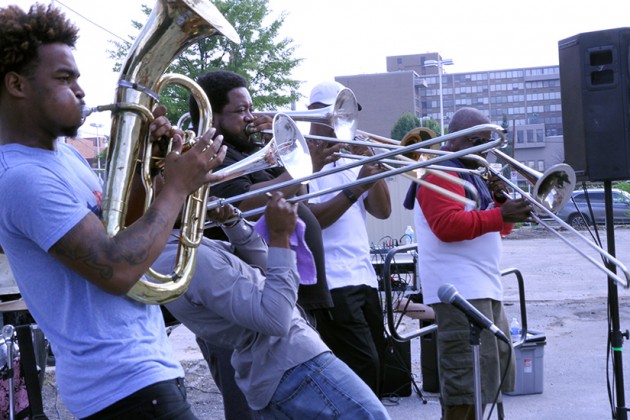 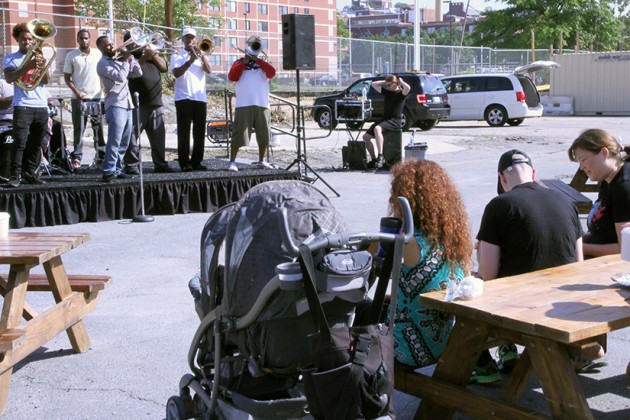 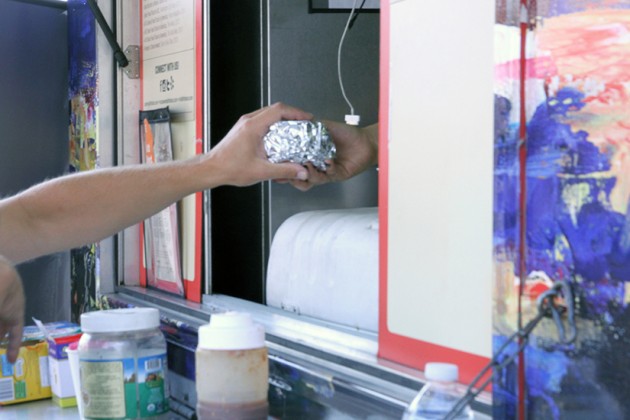 D.C. Mayor Muriel Bowser joined Ward 1 Councilmember Brianne Nadeau at an event on Saturday meant to drum up support for a planned mixed-use development near the 9:30 Club.

Developers MRP Realty, Ellis Development and JBG Companies are set to begin construction on the building soon, provided that the D.C. Council gives its approval during a vote tomorrow. If constructed, the building would bring  106 affordable housing units, retail space and a new Whole Foods to a long-debated parcel of land just north of the U Street corridor at 965 Florida Avenue NW.

Dozens of local residents and several ANC 1B and 2F commissioners flocked to the empty lot before noon for free coffee, breakfast sandwiches from Whole Foods and tunes from local band Brass Connection.

Nadeau took the microphone to voice support for the forthcoming development.

“It’s taken a while to get this through the council,” Nadeau said. “You don’t have to write to me and say to vote for it because I’m going to vote for it.”

“This mayor has been fighting for this parcel since she got into office,” Nadeau added. “She took a good deal and she made it better. Because of her, this site is going to have more affordable housing than it did in the original plan.”

Nadeau said that squabbling among councilmembers was to blame for the delay in approval.

Mayor Bowser focused on the forthcoming development’s affordable housing units in her speech.

“Because we work very hard, we’re able to make sure that this project will not only include Whole Foods, but it will have 106 units of affordable housing,” Bowser said. “I look forward to not only breaking ground, but also cutting the ribbon on this very exciting project.”

Imagine a world where 50% of DC’s population lives near a streetcar stop. (Borderstan file photo)

By Michelle Lancaster. Got news, a hot tip or want to complain about what is or isn’t in this? Let her know on Twitter @michlancaster or via email at [email protected]

The DC Office of Planning released their Streetcar Land Use Study, and TBD has issued some early approvals for the plan. Imagine a world where 50% of DC’s population lives near a streetcar stop! I am dreaming with wistful sighs, after enduring the commute from hell on the Red Line this morning.

The author considers this as well, but seems to envision a world in which all transit systems could come out as winners. I can see that, I guess. Streetcars may provide public transportation to areas previously served by spotty bus service and make new areas of town more desirable. If that translates into a more vibrant urban area with affordable housing (hello, tax base), then everybody wins. It has the potential to do so, but the devil’s in the details, and execution.

The usually somewhat staid Washingtonian has devoted the February issue to marijuana. Specifically, the city’s plans to legalize medical marijuana this year are up for discussion as writers “get blunt.” Ahem. Ward 2 (that’s us!) has the highest marijuana usage in the city, so congratulations are in order. But with the bust of Capitol Hemp still fresh in many people’s minds, it remains to be seen how police will handle the new law and if Congress plans on leaving us the hell alone.

The Rent is Too Damn High, MoCo Style

Greater Greater Washington features a dilemma most Washington area residents face at some point in their first three months here. Where the heck can you rent a place that allows you to be in a safe neighborhood with some urban amentities that allows you to get to work in a reasonable commute…that you can actually afford?

In Montgomery County, the problem is even worse. The build outs represent what young families want, namely detached housing, parks and some single-car garages. But the fastest growing population in MoCo are millenials, who are desperate for affordable units near Metro stops. The author has some ideas on how to address both challenges, and they aren’t half bad.

The Washington Business Journal has reported that the DC government has a contract pending before the DC Council to sell the Whitelaw Hotel land to the partnership that owns the apartment complex. The historic hotel is located at the Southeast corner of 13th and T Streets NW at 1839 13th.

The terms of the proposed agreement stipulate that the Whitelaw Hotel Limited Partnership will continue to operate the building as affordable housing for the next 14 years beyond the sale date of the underlying property. Households would need to be at or below 60 percent of the AMI (area median income) to qualify. The partnership would pay $427,500 for the land which is assessed by the Office Tax and Revenue at $2.25 million.

The Whitelaw Hotel is part of the Greater U Street Historic District and is listed on the National Register of Historic Places. The hotel was built in 1919 as a luxury hotel for African Americans and included Cab Calloway and Joe Louis as its guests.

Tom Hay is a new contributor to Borderstan. He is a 23-year Borderstan resident and law librarian by profession.