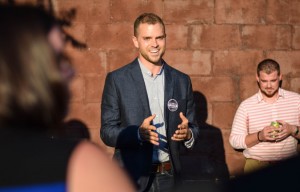 D.C. Council at-large candidate David Garber had some strong words for Councilmember Vincent Orange over his proposed bill to regulate the way D.C. residents can rent out their homes, apartments and condos on Airbnb.

As Greater Greater Washington’s David Alpert wrote, Orange’s bill would “make it illegal to rent a unit on Airbnb except for renting out a room inside one’s own house, in a single-family (detached or row) house, with a special permit, and after notifying all nearby neighbors and the local Advisory Neighborhood Commission.”

D.C. has more Airbnb listings per capita than New York and Los Angeles, according to a recent Washingtonian article, and many of those listings are in Dupont Circle, Shaw and Adams Morgan.

In a press release sent out yesterday evening, Garber said Orange’s bill was “closely tailored to industry special interests” and would have “a broad, negative impact on local homeowners and visitors” in D.C.

The candidate also accused Orange of appeasing “industry stakeholders” instead of representing his constituents.

“As Mr. Orange plays politics from the Wilson Building, residents in neighborhoods across every ward of the District of Columbia could face the harmful consequences of a bill that curtails their rights and ability to earn extra income as homeowners, and restricts consumer choice,” Garber said in the release.