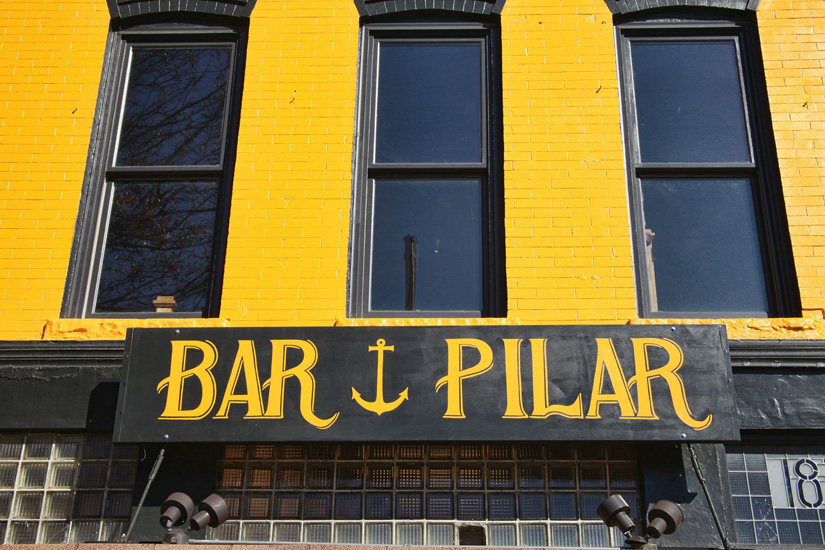 A 14th Street NW bar will celebrate the 116th birthday of Earnest Hemingway the way the famous writer might have.

Bartenders will pour five different tropical and rum-based cocktails such as the “Hemingway Daiquiri,” an absinthe-based drink called “Death in the Afternoon” and two different rum slushies.

Is this really what Hemingway liked to eat and drink?

“Hemingway once said, ‘The best way to find out if you can trust somebody is to trust them,'” said Melissa Gold, a PR rep for Bar Pilar, in an e-mail. “Trust us.”

Bar Pilar will also screen movies based on Hemingway novels on both of its floors. 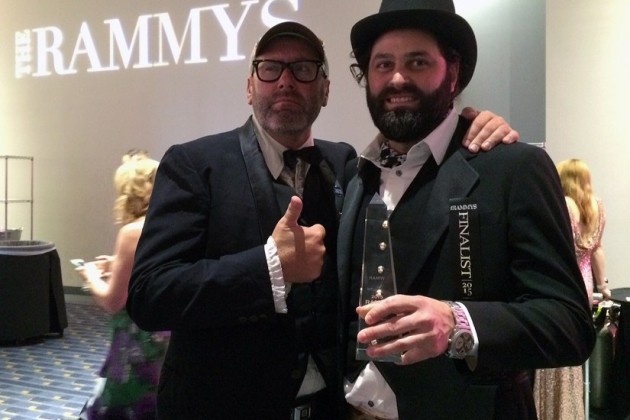 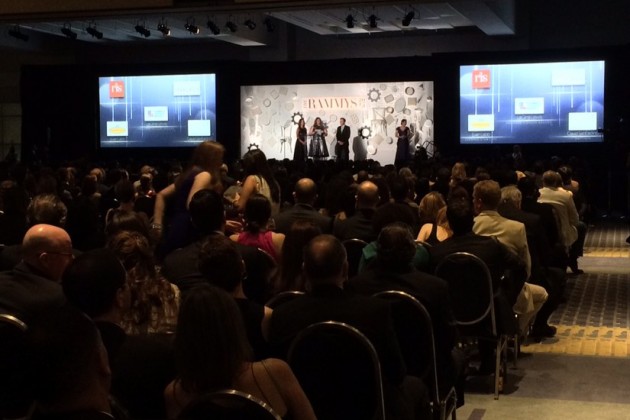 Much like last year, Borderstan saw its fair share of winners at the Restaurant Association Metropolitan Washington’s annual awards gala, known as the RAMMYs. With the vibrant theme “Restaurants in Bloom,” many finalists, awardees, and gala-goers alike showed up in garlands, boutonnieres and floral prints. It was in this festive atmosphere that our neighborhood was honored multiple times over.

The burgeoning 14th Street Corridor and its rapid transformation into a revitalized restaurant destination was a running theme throughout some of the acceptance speeches, most notably from the team from Hottest Restaurant Bar Scene winner Bar Pilar, who commented “when we first were doing the build-out for Bar Pilar, we had pimps come into the restaurant and ask, ‘what are you doing?’ And we’d say ‘building a restaurant.’ And they’d ask, ‘For who?’ Now we know.”

Taking home the big prizes last night were Blue Duck Tavern for Fine Dining Restaurant of the Year, Mintwood Place for Best New Restaurant, and Fabio Trabocchi for Chef of the Year. Congrats to all the winners!

It’s finally here. The weekend District residents both cheer (drinks, patriotism, friends, holiday weekend) and fear (traffic, tourists, restricted parking). If you can’t make it down to the presidential ceremonies this weekend (or maybe your invitation to the Inaugural Ball got “lost in the mail,”) there are plenty of other ways to celebrate… mainly, in a bar.

Check out what the following bars have planned for Inauguration Weekend:

Hard at work or hardly working? This one’s for you – the few of you toiling away in quiet buildings with no co-workers, questionable heat and no real motivation.

That may not sound too fancy, to be the best staid and true standby restaurant. But the list compiled by Eater DC yields something a bit better than your mom’s meatloaf. It includes Estadio, Hank’s Oyster Bar, Cafe Saint Ex, Bar Pilar and many other places that you’d be all too happy to make your Thursday dinner staple. May I recommend trying most of them this week, while crowds are typically smaller than average?

The non-stop rain finally slacked off around quitting time yesterday, prompting a flood of Facebook and Twitter pics of the rainbow that popped out all too briefly at 5pm. It was a pretty impressive display. A few of our favorite can be seen here (snapped at the airport) and here.

What’s Up with the Bike Lanes?

Greater Greater Washington invokes the ‘paralysis by analysis’ line to  query what is taking so damn long with the city’s bike lanes. Is the Mayor, they wonder, commissioning so many studies to avoid making a decision or taking some action on additional bike lane striping. With L and M Streets stuck waiting for the conclusion of the Pennsylvania Avenue and 15th Street study, it’s hard not to wonder what is going on here, especially since the District Department of Transportation (DDOT) has already done a study on these lanes. Politics taking a long time in DC? Color me shocked.

Readers of a certain age will remember a time when Lauryn Hill was on top of the world and tossing rhymes as the frontwoman for the Fugees. Well, despite her prowess behind the mike, life has taken some twists and turns for Hill. Notably, a bad dip at a Ram’s Head show that the Baltimore Sun brings up as way of introducing her new gig. The show is February 29 and tickets go on sale December 30.

The Washington Blade sent out their ‘Gaylarious’ crew to make (ostensibly) someone’s holiday wish come true. They went down to McPherson Square to make over an Occupy DC tent. Hilarity sort of ensues. It’s at least entertaining enough to kill five minutes of your day, as you try to bill eight hours for Minesweeper, making coffee and shredding some paper.

From Alejandra Owens. You can find her on Twitter at @frijolita and her food blog One Bite At A Time. Check out her January restaurant profile of Bar Pilar.

Borderstan: What brought you to D.C? How long have you been here?
Bittner: I came to town for a job opportunity at Bar Pilar and I’ve been working here for four years and change.

Borderstan: Lots of chefs have a cause or nonprofit they support — what’s yours?
Bittner: I don’t have one.

END_OF_DOCUMENT_TOKEN_TO_BE_REPLACED

TBD liveblogged the entire hearing, and there are some stories you shouldn’t miss. If you ride a bike, there are some horror stories to make you feel better about your own experiences. As a pedestrian, I am nervous of a few key intersections in Borderstan — the dog park at 17th Street in between Swann and S Streets in particular — and the stories of cars hitting people in crosswalks does little to alleviate that concern.

END_OF_DOCUMENT_TOKEN_TO_BE_REPLACED

From Alejandra Owens at One Bite At A Time. Questions or comments for Alejandra? Send her an email.

Bar Pilar has long been a favorite neighborhood watering hole, but last week it got a boost of publicity. With plans to expand into the upstairs space, more Borderstanis will be able to belly-up to a table and enjoy Chef Justin Bittner‘s unpretentious and delicious fare.

I’m a big fan of the brussel sprouts and lamb, pork and veal meatballs – but with the menu changing weekly it’s hard to pick a favorite. Have you guys been to Bar Pilar? Excited for the expansion?

END_OF_DOCUMENT_TOKEN_TO_BE_REPLACED

Let’s take a break from The Real World: DC and DC Council crime bills… and head over to the blog, 14th & You. The folks there had a posting Tuesday (“Partner of ANC Commissioner Attempts to Scuttle Saint-Ex Agreement; Goes After Policy Employees”) about the brouhaha over Cafe Saint-Ex, Bar Pilar and Policy on 14th Street NW, and the role of ANC 2B-09 Commissioner Ramon Estrada and his partner. (For background, it helps to first read the blog’s postings from June 6 and April 24.)

This story, as reported by 14th & You, is actually about more than just these three establishments on 14th Street NW. It is about our local Advisory Neighborhood Commissions, city government, regulation of local businesses, liquor licenses, voluntary agreements and privacy issues–and how our city treats small business owners in general.

The story raises questions about all these issues, and they warrant discussion  in our neighborhood and our city. It is a discussion that is long past due. Borderstan.com welcomes comments (even some guest postings) from ANC commissioners (including Mr. Estrada), community groups, city officials and residents of the Dupont–Logan area.

From 14th & You: “Partner of ANC Commissioner Attempts to Scuttle Saint-Ex Agreement; Goes After Policy Employees” —