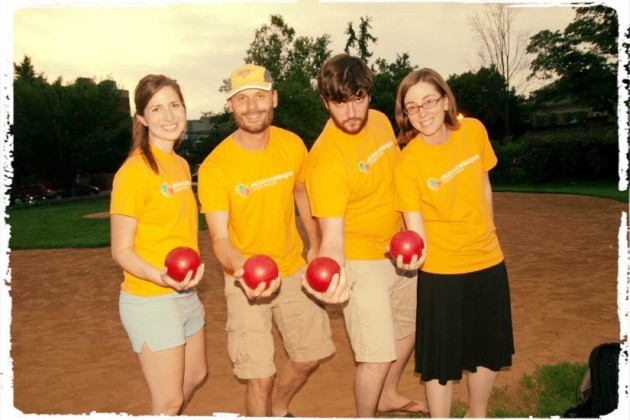 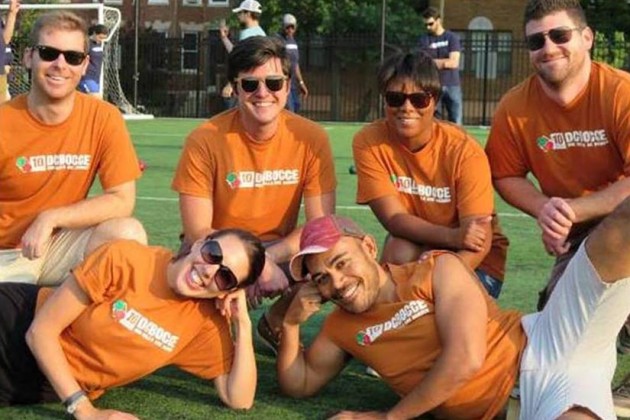 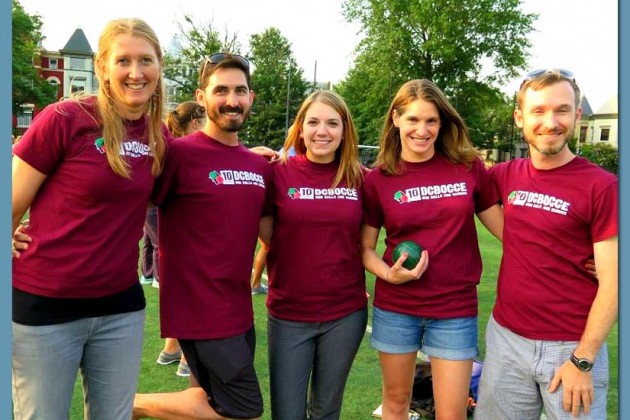 If you’re not a DC Bocce League player by now, why not?

Did you know that you can win weekly contests after your bocce game at our sponsor bars? Have you heard that you don’t need to break a sweat to participate in this rec league? Maybe you just haven’t found the right DC Bocce location to sign up for? If that’s the case, then check out the DC Bocce League summer season, featuring four new 2015 locations:

The game isn’t difficult; just about anyone who can palm a ball can have fun playing. Plus, unlike most other sports, you stand on the same side of the court as your opponents, so socializing is the norm — what better way to distract the competition than with a well-crafted ball joke?

If this sounds like the game for you, head over to DC Bocce League’s website to register your team or sign up as a free agent and be matched with a team. Register for the summer season for $50 when you enter promo-code ROLL20 during check out. The summer season runs from July 20 through September 12.

The preceding post was written and sponsored by DC Bocce League.

From Scott Leibowitz. Find Scott on Twitter @Lebodome, email him at [email protected].

The DC summer is here and the cranking of the air conditioning has begun. We begin to drink more on patios and take the sun dresses out of the back closet (so my girlfriend tells me). This means it is time to put your drink in a coozy and spend your weekends outdoors.

For me, one of the best parts of any summer are the great lawn games. While many of us don’t have a lawn, there are plenty of parks in Borderstan where you can play a wide variety of easy-going, social games.

Here are some of my favorites with the pros and cons:

Of course, there’s always bolo-toss, horseshoes, and frisbee golf. Get your coozy, make some guac and enjoy the summer, Borderstan!

Thursday nights in Logan Circle are about to get a familiar splash of color. As the Stonewall Bocce league begins its fourth season, more than 190 registered players of the lawn game on 20 teams will be sporting their brightly colored t-shirts and filling the circle each Thursday from now until Memorial Day.

This will be the league’s biggest season in terms of both membership and charitable funds raised since Melvin Thomas and Lucy Cunningham co-founded Stonewall Bocce in 2011.

“We are now in a position to donate more than $5,000 to the winning charities,” said Thomas. Registered members pay $40 in dues at the start of the season, most of which the league collects for charitable donations at the end of the season to the top three teams’ chosen organizations. This season, Thomas reports that the teams are playing for 13 different nonprofit organizations including Food & Friends, Active Minds, Mautner Project, N Street Village and PFLAG (Metro DC).

“When Lucy and I started Stonewall Bocce we wanted to create an inclusive, low-cost, high-fun league with a philanthropic heart. We were thrilled in the first season to be able to donate $2,000 between two local LGBT and Ally friendly non-profits, Whitman Walker Clinic and SMYAL,” said Thomas.

He says word of mouth among players has helped grow the league since then, and with that, the size of charitable contributions made each year: “We feel a strong connection these non-profits and the impact they make on our community. They serve as inspirations to us as we build an inclusive and fun bocce league.”

Stonewall Bocce teams meet during the spring and fall in Logan Circle. For more information about the league, game times, and membership, please visit their website.