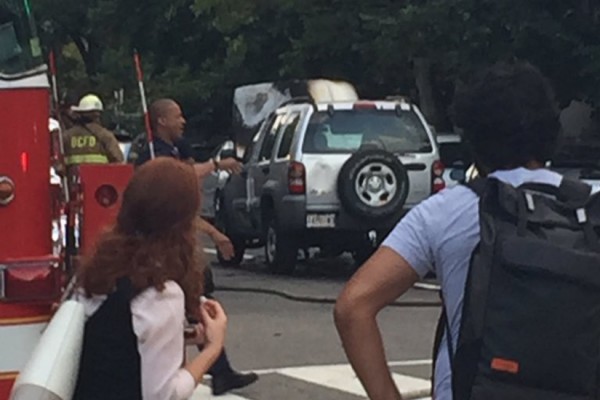 A car caught fire in Logan Circle and shut down nearby streets earlier this evening.

The fire started on the 1000 block of P St. NW earlier this evening. Authorities shut down both sides of P Street to battle the blaze.

It was immediately unclear whether anyone was injured in the fire. We’ll update this story when we learn more.

h/t to Borderstan reader Allie for the photo 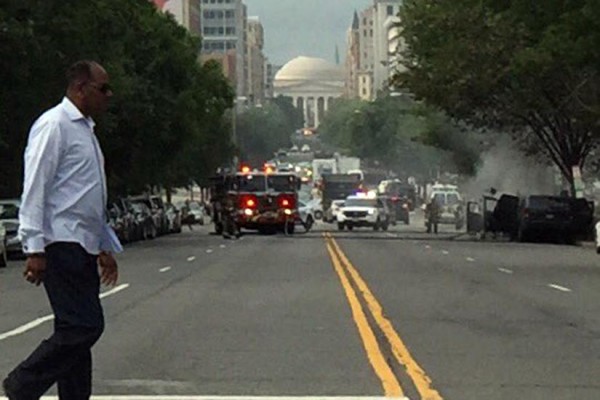 Authorities have closed roads near the Walter E. Washington Convention Center to fight a car fire.

One person escaped the car safely and is being evaluated on the scene, Mendez added.

This story will be updated as we know more. 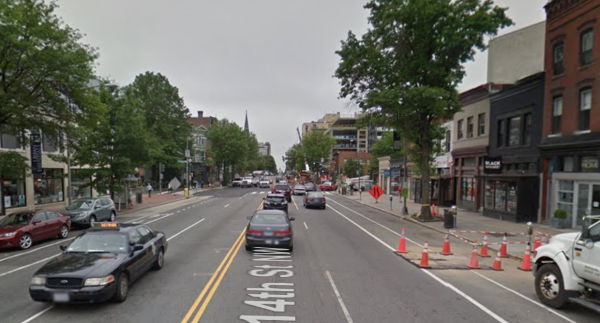 Traffic Advisory/Vehicle Fire in the 1500 blk of 14th St NW/Street Closure on 14th from P to Q St NW.

Police say the scene was cleared around 7:30 a.m. 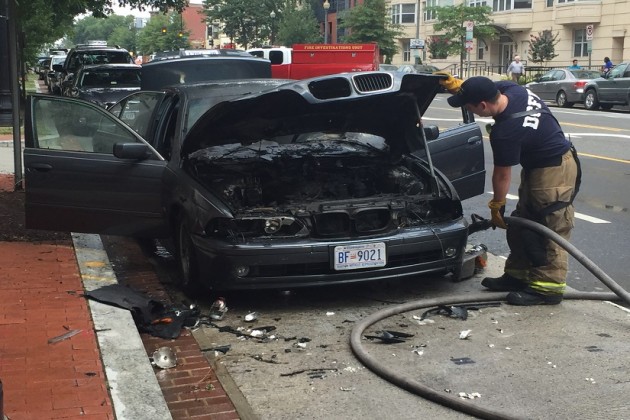 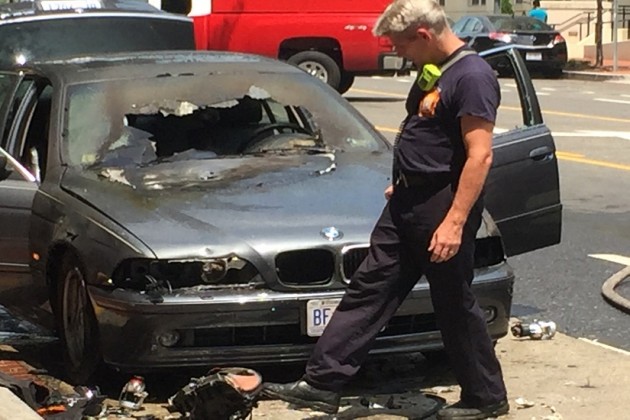 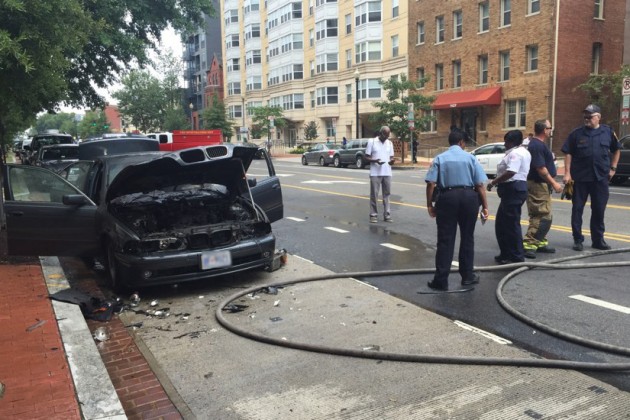 (Updated at 2:24 p.m.) A car caught fire near the intersection of 11th and L streets NW earlier today, says D.C. Fire and EMS.

Parker Willie, the Adams Morgan resident who owned the car, told a Borderstan reporter on the scene that he noticed that the car’s breaks didn’t feel right, so he pulled over and called a mechanic.

“The brakes starting failing, depressing very slowly and then the brake light came on,” Willie said.

His BMW 525i erupted into flames shortly thereafter.

D.C. Fire and EMS arrived at the scene within 3 to 5 minutes after Willie dialled 911. The fire was extinguished soon after.

See photos from the car fire today on the 1400 block of P Street.

Around 3:20 pm today, November 27, the engine of a Chevy Sport Utility Vehicle (SUV) burst into flames on the 1400 block of P Street NW. The front of  the car was engulfed by fire, with a huge stream of dark smoke coming from the car. Fortunately, the husband and wife who were driving the car were able to quickly escape and avoid injury.

The car, a 1998 Chevy SUV was just installed with a newly rebuilt engine three weeks ago, according to the woman from the car. “We bought a warranty on the engine… thank goodness,” the woman said. She said she was able to grab her purse and i-Pad before exiting the car.

DC Fire and Police personnel arrived on the scene as the black flames of smoking were shooting from front of the car; the Fire Department quickly extinguished the fire before it could spread to the rear section of the car. Parts of the burning engine block had fallen onto the street. The incident occurred near Stoney’s Bar and Grill, and Bar 9 near the center of the block of 1400 P Street NW.