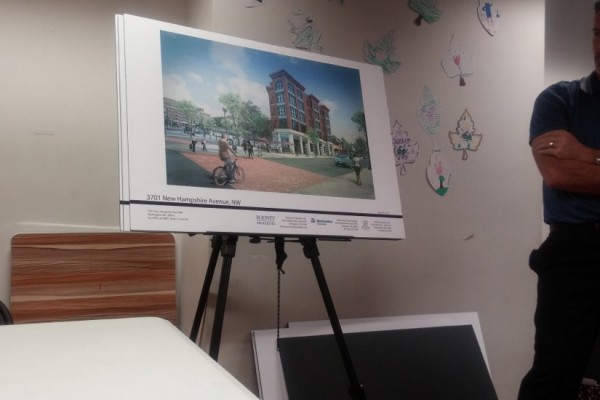 From Melanie Hudson. Follow her at @champagne_me or Email her at melanie[AT]borderstan.com. Featured photo: “Cool Disco Dan” by Hudson.

By now you’ve heard about the new exhibit at the Corcoran Gallery of Art, Pump Me Up: D.C. Subculture of the 1980s, which is lighting up Twitter and Instagram and popping up everywhere in your Facebook feed. Finally, the culture critics say, Washington has an exhibit all its own, featuring the only musical form indigenous to the area — go-go — and attracting tastemakers from all over.

But here’s my advice, Borderstanis, don’t just go to the exhibit. Do the Washington thing and attend a lecture or panel discussion. This month, the Corcoran is offering a series of events to highlight the show, geared at all of the music geeks and amateur music historians out there. Each of these events is full of such cool information, it will no doubt figure prominently as your standard “Did you know…” conversation piece from here on.

The History of Go-Go

If you haven’t seen it yet, here’s a primer: in the aftermath of the riots of 1968 when neighborhoods across the city were destroyed, Chuck Brown emerged with a new funk sound (go-go), that was hyper-local to each DC neighborhood and “crew.” Around the same time, an underground punk scene was thriving with the 9:30 Club at its heart (it was downtown then).

Graffiti, street music, self-promotion and a do-it-yourself culture connected this local music scene, in a time where many people felt abandoned by a corrupt government and overwhelmed by violence. All of this resulted in something Washingtonians can now be proud of: a unique punk, hardcore, and go-go scene, now being studied by academics and historians the world over.

The Corcoran has collected (on loan from local institutions like the 9:30 Club and Globe printing press) an incredible display of memorabilia, including a huge selection of neon Globe concert posters; old music photos, flyers and record covers; DC political memorabilia (lots of stuff on Mayor-for-life Marion Barry); video footage of shows, riots, graffiti and violence; and newspaper clippings depicting the tragic murders and the rise of drugs in 1980s DC.

The exhibit was curated by Roger Gastman, a Bethesda native, publisher, filmmaker and graffiti connoisseur of “Exit Through the Gift Shop” fame, now also the guy behind the new film “Legend of Cool “Disco” Dan.” In fact, the king of DC graffiti, Cool “Disco” Dan, figures prominently in the storyline, shown tagging DC buses and making a name for himself – long before DC Donutz came around.

Details on the events are below and the exhibit runs through April 7. All events are $10 for non-members, $8 for members, and $5 for students. Register early — you’re not the only academic in town.

It’s Good to Be Hungry and Live in Borderstan

We Love DC lays out September’s greatest hits in food, and a whole mess of them are in the neighborhood. On September 10, ChurchKey is hosting a jazz benefit from 2 to 6 pm featuring North Coast Brewing Company beers and live jazz. Admission is free, but donations are encouraged. Then head down the street to Pearl Dive Oyster Bar‘s pre-opening charity cocktail party, which begins at 6 pm and benefits diabetes. Give your gut a break until September 15, when Ping Pong Dim Sum hosts their grand opening with tickets starting at $35.

But Not Great in Disasters

The Washington Post notes in the opinion section that no one has the authority to evacuate the District. Comforting news, I am sure, to those who shook in office buildings on Tuesday and then fought over sandbags on Friday. It seems the answer may be Speaker of the House John Boehner, which should concern residents for a few reasons. Chief among them is the tendency of the controlling party in Congress to use DC as a guinea pig when it suits them and a whipping boy when it doesn’t. Can someone please figure this out and let us know?

Gone but Not Over: Sulaimon Brown

Sulaimon Brown has an unfulfilled subpoena order to produce documents, and on September 15 he will return to court to defend himself. So, as DCist reports, even though the DC Council wrapped up their investigation, it appears we are not rid of this embarrassing ethics flap.

It took over $12,000 to break Kwame Brown’s ‘fully loaded’ lease with his Lincoln Navigator. Washington City Paper reports that this brings the total paid for the barely-used vehicle to nearly $15,000. Oh, and that total only covers the second vehicle — not the first Navigator that he rejected. It would be really terrible to have to make budget cuts while paying for a car… oh, wait.

I am pretty bummed I missed this, to be honest. This is a good time to note that SYMHM stands for ‘stuff you might have missed.’ Anyways, Chuck Brown, the godfather of go-go, joined the National Symphony for a Labor Day concert over the weekend. Thanks to the good video work of WUSA 9, you can relive a small part of the magic.