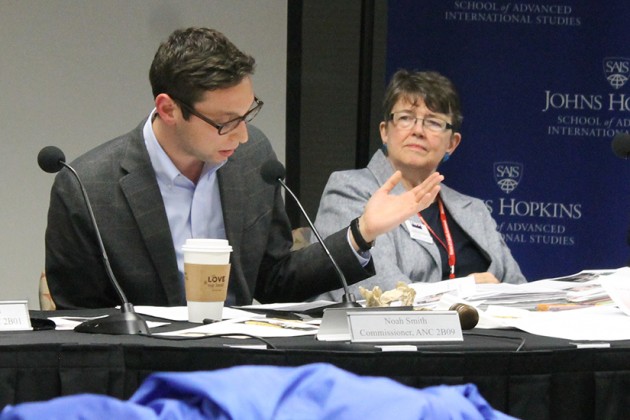 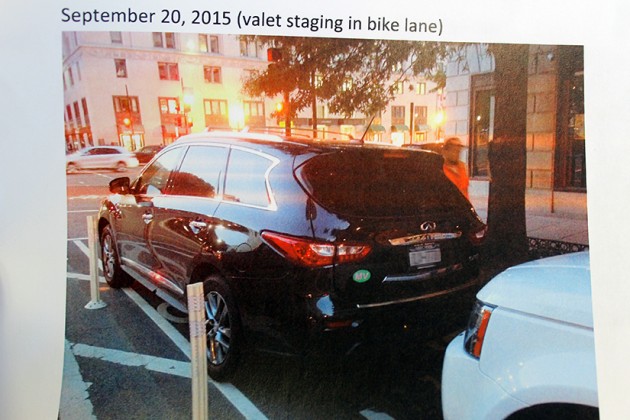 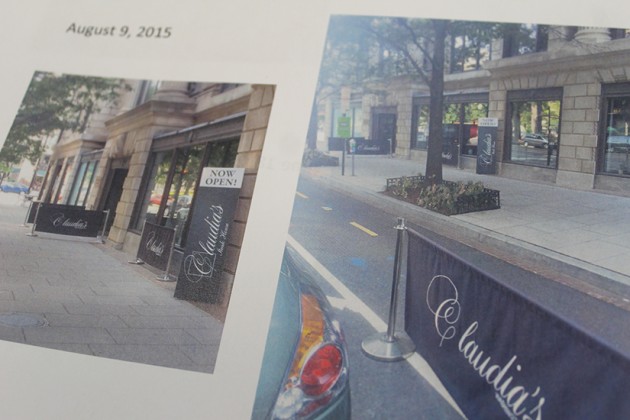 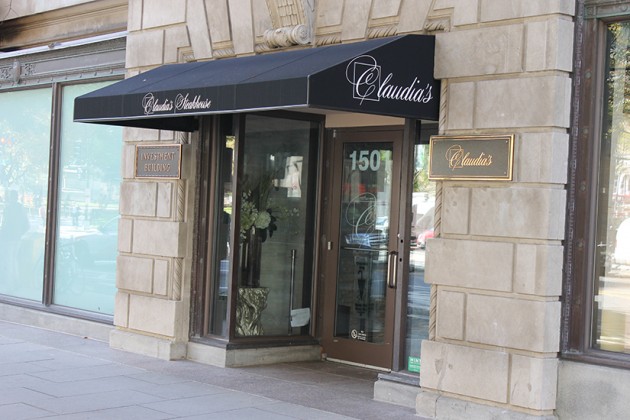 Commissioners with Dupont Circle’s ANC 2B had some strong words for Claudia’s Steakhouse (1501 K St. NW) over allegations that the restaurant repeatedly blocked a sidewalk and bike lane along 15th Street NW several times since it opened in June.

“[The restaurant] is located in an area where parking is difficult,” Tesfaye said. “There are garages in the area, but unfortunately they do close early.”

“We’re looking at eight to ten cars a night,” he continued. “Two, three people per car, spending $35 or $40, that’s a lot of revenue for the restaurant.”

But ANC 2B chair Noah Smith had some criticisms for the steakhouse’s previous operations along that stretch of 15th Street. END_OF_DOCUMENT_TOKEN_TO_BE_REPLACED