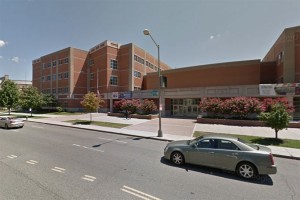 A thief stole a boy’s wallet after an accomplice pushed the kid against a wall inside a Columbia Heights school yesterday afternoon, police said.

The robbery happened within the Columbia Heights Educational Campus at 3101 16th St. NW about 3:30 p.m. The campus, which has students in grades 6 to 12, includes Bell Multicultural High and Lincoln Multicultural Middle schools.

The boy was descending a stairway in the school when someone forced him to a wall and said, “Don’t move,” according to authorities. Another person then came up to the boy and started to check one of his pockets before the kid tried to push the individual away.

Police have not released descriptions of either of the suspects.

Robbery @3100 16th St NW, No lookout at this time. pic.twitter.com/Kn0bGxPFjn

DC Public Schools is hosting a Ward 1 State of the Schools meeting on July 17 to discuss improvements in education. (Borderstan)

DC Public Schools (DCPS) is hosting a meeting on Tuesday, July 17 for parents and community members to meet with the city’s education leaders and discuss progress and areas of growth for Ward 1 schools.

DCPS Chancellor Kaya Henderson and Ward 1 Councilmember Jim Graham, will host the meeting; local principals will also be on hand to meet with participants.

The meeting will take place at Columbia Heights Educational Campus at 3101 16th Street NW from 5 to 8 pm. Childcare and refreshments will be provided.

For additional information on the meeting, please visit the State of the Schools webpage or contact Jennifer Skates at jennifer.skates[AT]dc.gov at the DCPS Office of Family and Public Engagement.