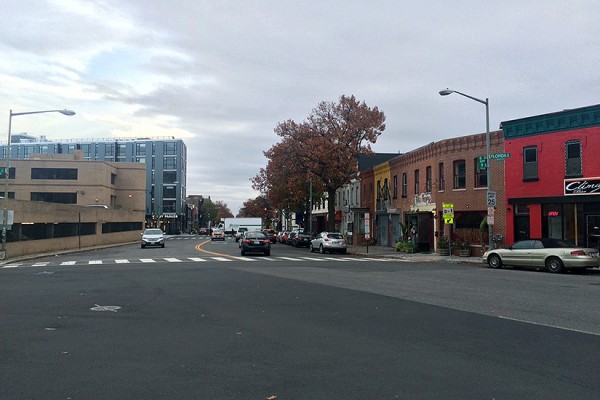 If you’re anything like me, walking here makes you anxious.

Crossing where 9th and V streets and Florida Avenue meet is tedious at best, scary at worst. Without a stoplight or a stop sign to slow them down, drivers often speed through the walkway. And although they’re supposed to stop at the crosswalk when pedestrians are crossing, some drivers just don’t, at least not until you step in front of them.

Earlier this week, I posed a question to Twitter: Does this crosswalk freak you out? The responses I got ranged from “yes, always” to one user calling it “terrifying.”

This is hardly a new issue. As outlined by Greater Greater Washington, the District Department of Transportation (DDOT) has discussed installing a traffic signal at the intersection for years.

Last year, DDOT said the construction of a new stoplight at the intersection could begin between October of this year and May of next year. But as more stores and restaurants open in and around the new Atlantic Plumbing development on V Street, foot traffic at the intersection is bound to increase quickly.

We want to know: Do you think this improvement needs to come sooner than later? Weigh in by voting in the poll and telling us what you think in the comments.