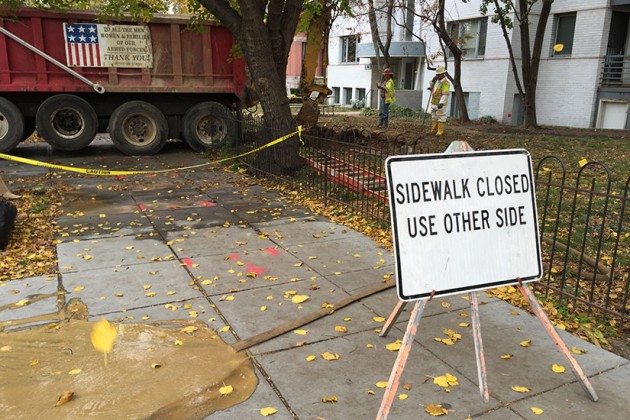 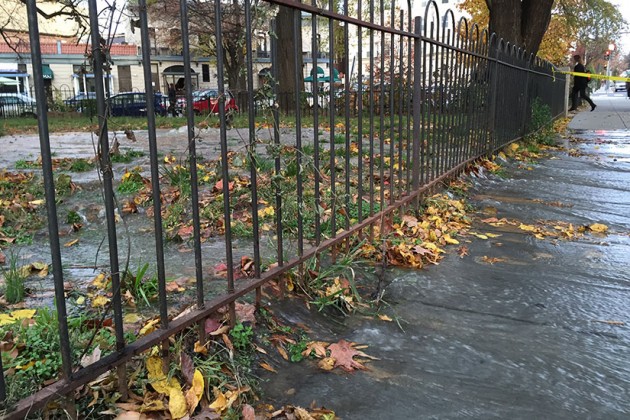 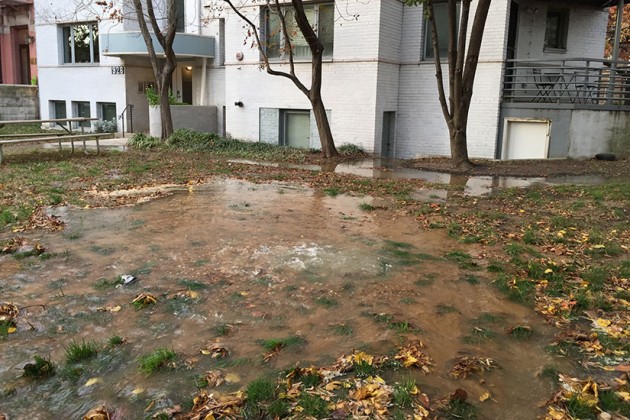 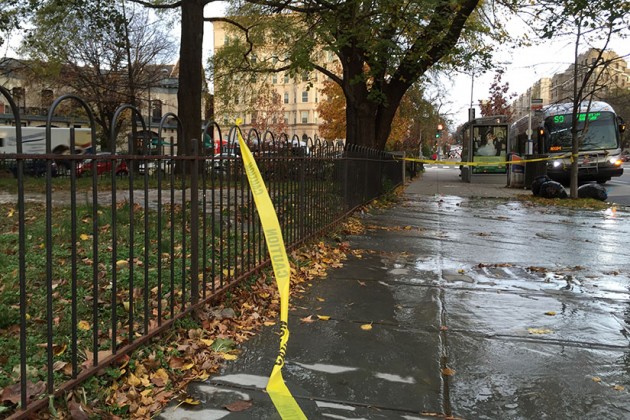 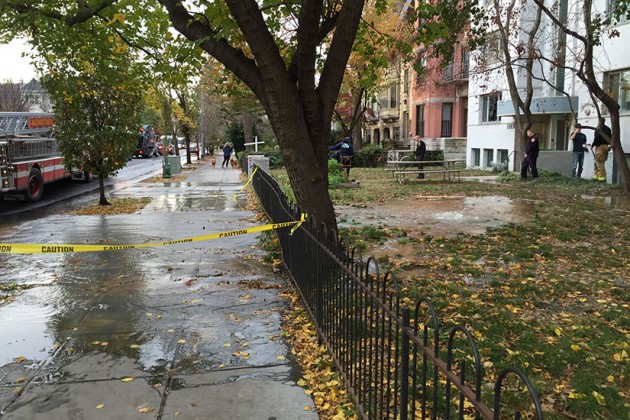 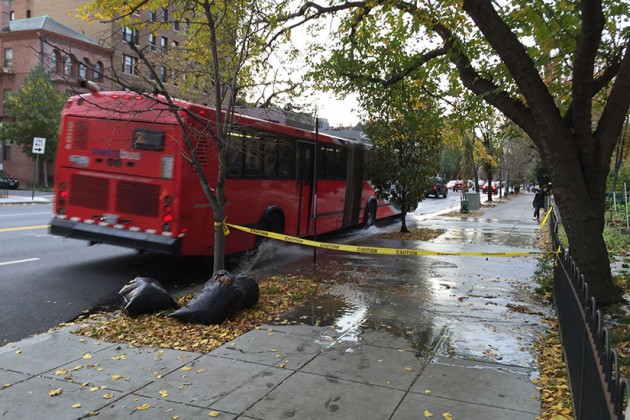 (Updated at 12:40 p.m.) Work has begun to mend a broken water main that sent water billowing down 16th Street this morning.

The break happened in a pipe that is under the front lawn of a condo building at 1926 16th St. NW, near U Street NW.

At 12:20 p.m., a dump truck and backhoe were near the site of the rupture, where there’s now a large pit. Inside the hole at the time, a hose collected water that it was emptying in the street.

About four hours earlier, a Borderstan reporter saw a steady flow of water bubbling up from under the condo building’s grass and streaming onto the street, flooding part of the lawn in the process.

Repairing the pipe is expected to take between six and eight hours.