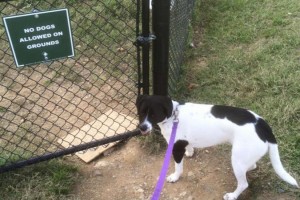 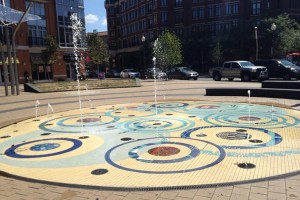 The D.C. Department of Parks and Recreation wants locals to stay cool this week.

The department yesterday declared it was delaying the closure of its spray parks through the end of the week due to forecasted high heat and humidity.

The parks, which were originally scheduled to close for the season on Labor Day, will stay open until Sept. 13 at 7 p.m.

Here’s a list of spray parks in the Wards 1 and 2: 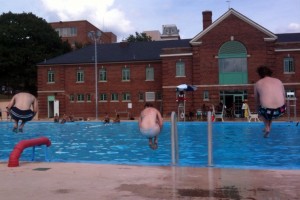 Here’s your last chance to cannonball into a local pool at night before next summer.

Banneker Pool (2500 Georgia Ave. NW) will host its last late-night pool party of the season this Saturday from 7-11:30 p.m. The pool previously hosted a late night pool party in July.

Like last time, attendees of all ages are free to splash around in the pool while bobbing their heads to music from a live DJ.

A photo ID is required to attend, and D.C. Parks and Recreation has requested that guests RSVP online beforehand.

Friends of Stead Park Board members met with the community to discuss design changes to the park. (Rachel Nania)

On Wednesday, October 3, Friends of Stead Park Board of Directors met with community members at the DC Jewish Community Center to discuss a proposed $1.5 million renovation to the park. Landscape architects from Studio 39 made the presentation.

Friends of Stead Park is an organization that works with a private trust and the DC Department of Parks and Recreation (DCDCP) to govern and maintain the park. With the proposed changes (which includes a pavilion, linear bench seating, a rain garden, a new fence, a water park feature and a synthetic playing field), the city would pay for the cost of the renovation and the park’s private trust would pay for the maintenance; currently, $150,000 to $175,000 is spent from the trust each year.

According to Jeff Garigliano, treasurer of Friends of Stead Park, DCDPR has the final say in the park’s changes.

The topic on Stead Park’s design has been a source of controversy with community members. Martin Espinoza, co-founder of Stonewall Sports and ANC 2B-04 candidate, started a petition in light of the proposed re-design changes, called “Save Stead Park.” According to Espinoza’s petition, the proposed plans will reduce the active field space at Stead Park by 25 percent, which could jeopardize current community leagues such as soccer, volleyball and kickball.

Espinoza and the petition’s supporters were present at Wednesday night’s meeting. Garigliano and Sarah Rabin Spira, secretary for Friends of Stead Park, offered to work with Espinoza and members of the adults sports leagues on the exact dimensions of the playing space.

Victor Wexler, ANC commissioner for 2B-05, which includes Stead Park, applauded the sports teams that use the field, but reminded them that the park should also cater to the area’s changing demographics (more families and more children).

“It’s important to remember that we are not losing the park to non-recreational use,” said Wexler. “It’s being made in to other types of recreational use.”

Will Stevens (ANC 2B-08) and chairman of the Advisory Neighborhood Commission, was also present at the meeting along with Commissioners Jack Jacobson (ANC 2B-04) and Ramon Estrada (ANC 2B-09).

Overall, the meeting’s attendees seemed receptive to the proposed design changes. One woman thanked the designers and the Friends of Stead Park for including the idea of a water park feature. “If I want to take my kid to a water park playground, I have to drive all the way to Anacostia,” she explained.

Another attendee wanted to see fewer changes to the design of the park. “Let’s aim to keep the park the same and just make some improvements,” he said. “I don’t think we should fix what isn’t broken.”

Information and Next Steps

Spira told the meeting’s attendees that Friends of Stead Park wants to hear from the community on the proposed changes. The group is aware of the lack of its information available to the public, but encouraged anyone with questions or concerns to email Friendsofsteadpark{AT}gmail.com.

The next steps in the renovation process are to make adjustments to the proposed designs and present the plans to Advisory Neighborhood Commission 2B.