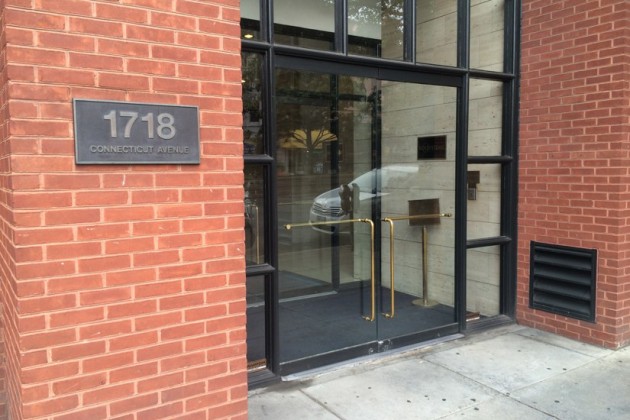 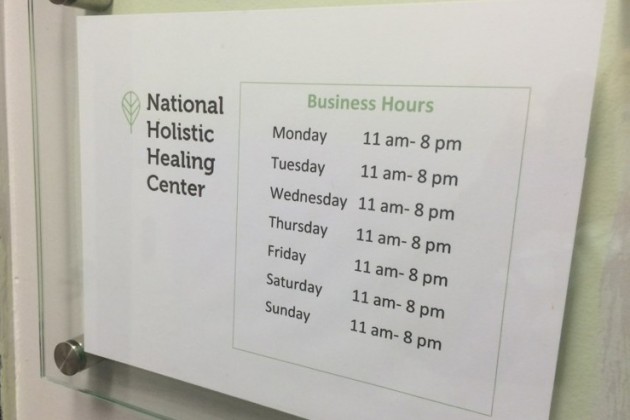 A medical marijuana dispensary is set to open soon near Dupont Circle.

The National Holistic Healing Center will open its doors at 1718 Connecticut Ave. NW at the end of the month, says owner Chanda Macias.

Macias, a cell biology specialist who has worked at Howard University since 2007, says that the center will provide organic marijuana, edibles and educational workshops for local patients with medical marijuana prescriptions. She also has plans for workshops on gardening, cooking and holistic healing, which will cover which strains of marijuana best treat specific ailments.

The business, located in the basement of the office building at 1718 Connecticut Ave, is still under construction. When open, Marcias says it will include a main store stocked with several strains of marijuana and various edible or marijuana-infused products as well as a classroom space for workshops.

The opening date has not been set, but Macias says they are planning for a grand opening event once the construction is complete.

Macias says she has been working to get the dispensary approved for over a year.

Dupont Circle’s ANC 2B unanimously endorsed her application in a letter to the District Department of Health last May. After several rounds of scrutiny from the DOH, Macias says that the center got its final approval last month.

Mark Lee at the Washington Blade takes a look at problems facing DC’s medicinal marijuana program. Even proponents of the initiative are criticizing its slow implementation process, as well as its anticipated shortcomings, once it finally does arrive in early 2013.

Lee points out how painstaking the process to bring medicinal marijuana to the District has been up to this point, with many residents waiting – in pain – for well over 10 years now. He notes that citizens groups and other neighborhood leaders have played a role in delaying and limiting the launch of the program.

The result is a program that will produce insufficient product to meet the needs of the patients expected to be eligible, Lee says. Limited availability will affect how affordable the marijuana is, forcing qualified patients to forego the product for cost reasons. Medicinal marijuana is not covered by most health insurance plans.

Additionally, tight regulations for prescribing and distributing the drug will further limit the program’s usefulness to those in need of its services. Lee points out that “the local law is considered the most narrowly structured program in the country.”