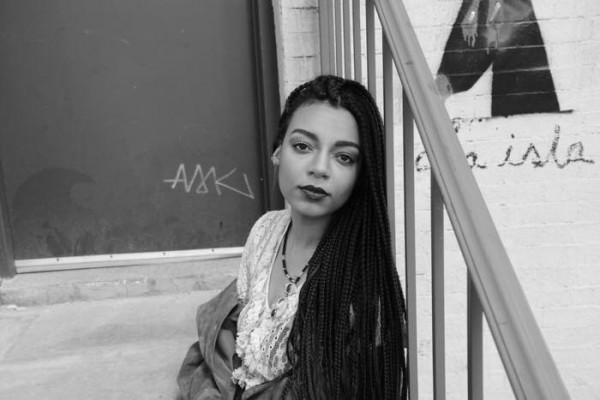 Coming up, Muhammad,who performs under the moniker Naïmah, cut her teeth near the intersection of 10th and U streets, where go-go and jazz once flourished. Now, Muhammad can be seen performing at venues across town.

She describes her sound as alternative pop with indie folk elements. But don’t expect the soft guitar melodies of beard-y hipster bands. Instead, Muhammad’s voice is often backed by big drum beats and dreamy synth tracks composed by the artist herself.

“I never foresaw myself being the actual singer of my songs,” Muhammad said. “I just thought I was going to write, make a very specific image for someone else and have them fulfill it.”

Muhammad is a recent graduate of the University of Southern California in Los Angeles, where she studied communication and songwriting.

“As soon as I got back home, I fell back in love with D.C. and the East Coast,” she said,

Muhammad said she’s caught in a “balancing act” between the D.C. and New York City. She spends Monday through Thursday in the District, doing public programming for the Smithsonian’s National Museum of Natural History before heading to New York on the weekends to record an album.

The weekly commute, she said, can take its toll.

“I’m doing this on my own, and it’s tough but it’s worth it,” she said. “I’ve seen contracts that wouldn’t be good for me as a songwriter and as an artist, so I’m just being patient, keeping up my work ethic and hoping for the best.”

The album isn’t the only thing Muhammad has in the works. She’s released a handful singles with another, called “Set It Off,” on the way.

“I’ve been developing my live performance, I have songs I can work on for a new project and it just feels like the right time,” she said. “This has been a great way to share my music with people, make connections and create a little buzz about what I’m working on.”

Ideally, Muhammad said, her goal is scoring soundtracks for film and television with her original work. Think Lana Del Ray’s album for “The Great Gatsby.”

“When I write, I write very visually,” she explained. “Every little song is kind of a story already, and I can see something happening as I’m writing it.”

Muhammad said she plans to continue recording, performing and working her way through life in D.C. and New York until her career goals start becoming reality. And right now, she’s more than happy to do it.

“I’m still an everyday person making music that I hope connects with someone else,” she said. “Everything is really about the people you meet along the way because you can’t do it alone.” 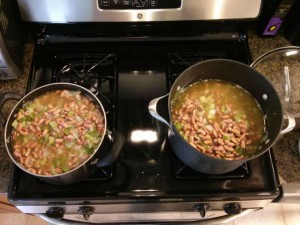 A weekend of live music at venues throughout the city. (Luis Gomez Photos)

This weekend (October 5-7) is DC’s Sweet Tea Pumpkin Pie Festival, a homegrown music event that showcases more than 200 bands at 13 venues throughout the city.

The festival is technically free, but purchasing wristbands for the weekend (prices range from $1 to $10) helps to support local and out-of-town musicians.

OnStage DC is popping up in the neighborhood on Saturday, August 11 with a pop-up music and fashion event, featuring local musicians and artists.

The creative evening, titled “Celebrating You,” will take place in the courtyard of the M.A. Winter Building (1436 U Street NW) between 4 and 8 pm. The event is free and open to the public – plus there will be open mic time for introductions by area businesses, community workers and artists.

Tom Goss is a gay singer-songwriter who lives in D.C. If you were at the 17th Street Festival last September, you might have caught his performance. A native of Wisconsin, he moved to the area in 2004 to enter Catholic seminary. He later abandoned his quest to become a priest and began performing in local coffee houses in 2006.

Goss is also still program manager at Charlie’s Place, an organization that works with the homeless; it is based at St. Margaret’s Episcopal Church at 1830 Connecticut Avenue NW.

Today, he is a successful musician with two full-length CDs, two LPs, a live DVD and four music videos. Next month his latest CD, “Turn It Around,” releases, which will be followed by a 10-week, 50-city tour. For more information about Tom and his music, visit his website.

Borderstan: How would you describe your music to someone who has never heard it before?

Goss: I describe my music as Acoustic pop. Lots of folks call it singer-songwriter but I try to really focus on writing pop songs more in the vain of The Beatles rather than folk songs. People often compare me to Jason Mraz, Jack Johnson, David Gray or Dave Matthews.