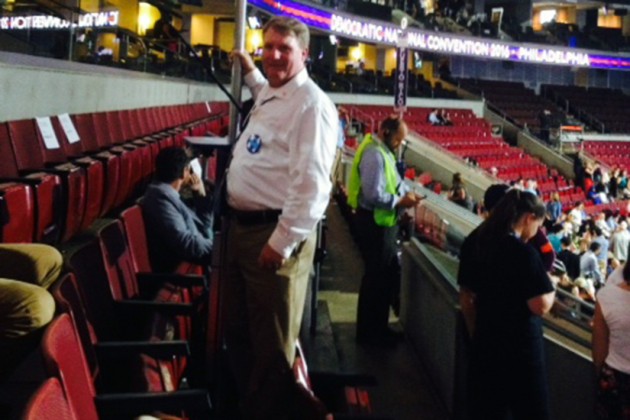 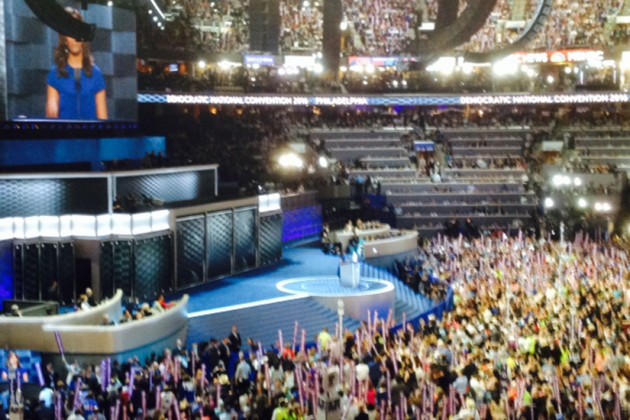 The head of Logan Circle’s neighborhood commission will cast a vote to nominate Hillary Clinton at the Democratic National Convention later today.

John Fanning, chair of ANC 2F, will be among D.C.’s 44 delegates to cast a vote during today’s roll call at the convention in Philadelphia. Fanning is joined by D.C. Councilmembers Brianne Nadeau and Jack Evans, Del. Eleanor Holmes Norton and Mayor Muriel Bowser.

During the televised roll call vote, which is slated to begin a little after 4 p.m. today, delegates from across the country will vote to nominate the next Democratic presidential candidate in a largely symbolic contest between Sen. Bernie Sanders and Clinton.

Fanning, who was elected as a Clinton delegate along with Evans, Nadeau and other local figures in May, said it’s a dream come true to participate in a such an important event.

“It’s something that I always wanted to do and I finally have achieved as a community activist and a community leader,” Fanning said. “And it’s a historic moment. We’re electing the first female to a major office.”

Though Fanning told us he won’t be front and center during the voting process, those watching at home might be able to spot him on camera “toward the left of the District of Columbia marker.”

“I’m just honored and grateful that I was elected to represent D.C.,” Fanning said. “It’s quite an experience that I will share more of when I return home.”

Locals can watch the convention live for free on the Democratic National Convention’s Youtube page.

Courtney of West Borderstan is back from Denver after attending the Democratic National Convention this past week. You can read her take on the week’s events at her blog, FabFeminist. Courtney designed and set up Borderstan.com.