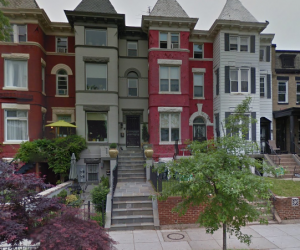 (Updated at 8:22 p.m.) An ANC commissioner has joined a chorus of voices questioning the actions of an embattled local developer.

Developer Jay Gross is currently involved in a nasty fight with Petworth residents, reports WAMU, over what Gross says is a conspiracy to keep him from renovating three rowhouses located on Grant Circle.

The fight has already prompted several heated exchanges between residents and the developer, and recently culminated into a $25 million lawsuit filed by the developer.

Now, Gross may soon have to fight a war on a different front.

Gross has of late drawn the ire of Commissioner Patrick Flynn, who serves on Columbia Heights ANC 1A.

Flynn says his problem with Gross started when he tried in June to obtain a copy of the developer’s plans to renovate two homes on Kenyon Street NW on concerns that the property’s maximum lot occupancy requirements would not be adhered to.

“Without knowledge of [the] lawsuit I recently asked Mr. Gross for a copy of his plans to redevelop ,” Flynn wrote to Borderstan in an e-mail.

“Given all the illegal construction that has taken place in my neighborhood,” Flynn said, “I think I am fully within my rights, and fulfilling my duties, to request to see copies of the plans and permits for any property or development in my single member district.”

Though Gross responded to Flynn’s request, he did not include a copy of his plans. Instead, Gross attached a scanned building permit and asked a question of his own.

“Would you mind telling me why the ANC is interested in the lot occupancy for this project since it’s not an issue you all are usually involved with?” asked Gross.

Flynn has also asked the zoning administrator and the director at the DCRA for a copy of the plans, but has not received them. “Again,” said Flynn. “I received no plans, just delays, despite repeated follow ups.”

Flynn said he will look at the plans even if it means finding the time as an unpaid elected official to obtain them in person.

“It’s a shame that it’s come to this,” Flynn added. “I certainly hope that DCRA hasn’t been spooked by the lawsuit and that is why they still haven’t produced the plans for me and my constituents.”

Flynn continued: “Private property is a sacred and constitutional right, and I understand that. But I also know I was doing my part in protecting the public trust against illegal construction.

Both the DCRA and Jay Gross were contacted by e-mail shortly before this story was published.

DCRA spokesperson Matt Orlins told Borderstan by phone that, although he had no comment on the matter, he would look into the case for Flynn.

Roger Simmons, a lawyer who represents Gross, said in a letter and e-mail sent to Flynn this evening that he was unaware the commissioner was “harboring ill-feelings toward [Gross] personally and the developments on which he works.”

The letter continues: “In contrast to [Flynn’s] public statements, Mr. Gross has always been prompt and transparent with [Flynn], and [he] has not had any bad experiences with [Gross] or his company. Further, Mr. Gross has worked promptly and continuously with the neighbors at his project on Kenyon, and knows they have appreciated his responsiveness and thoroughness in responding to them and addressing any concerns that have come up.”