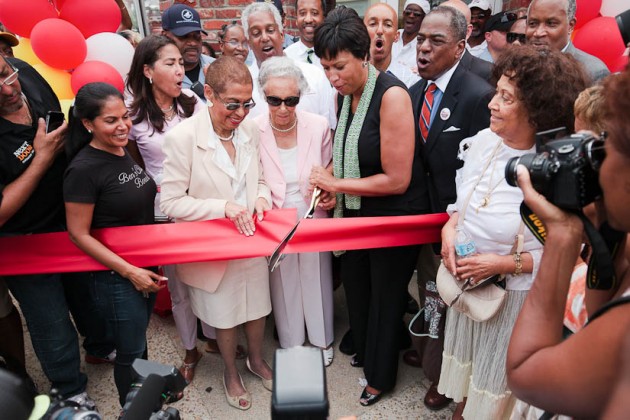 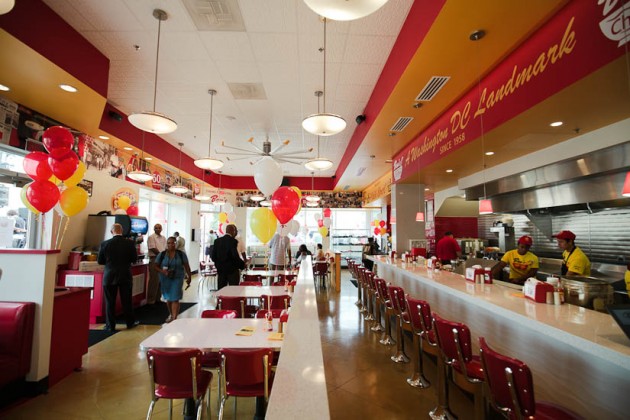 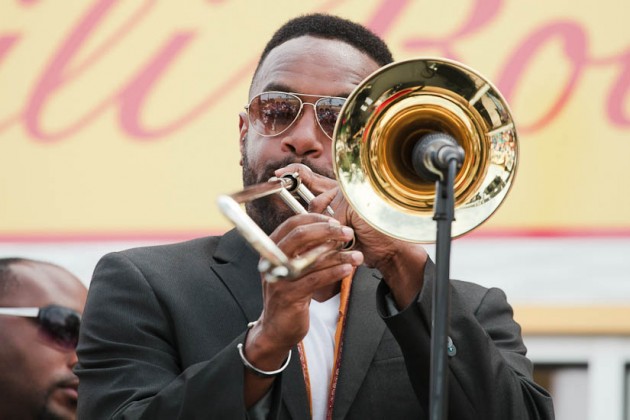 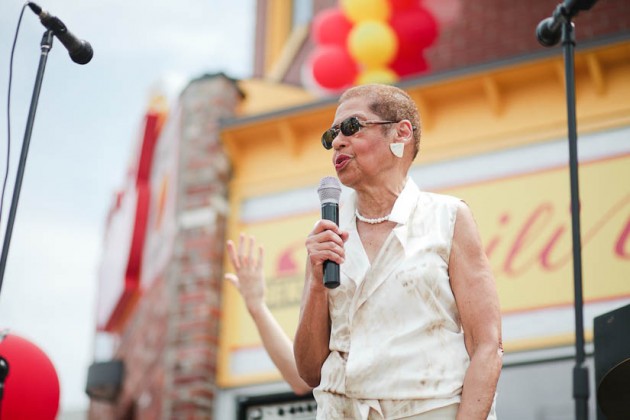 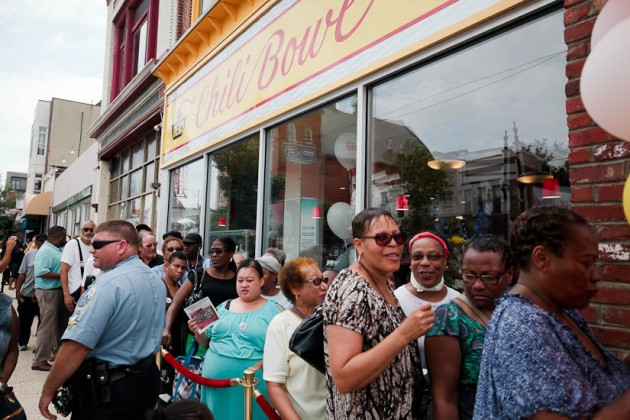 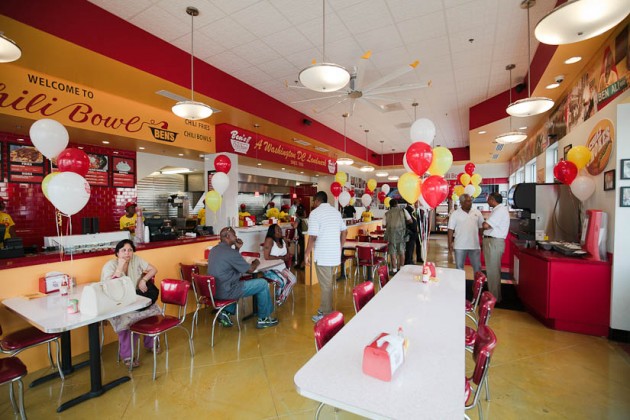 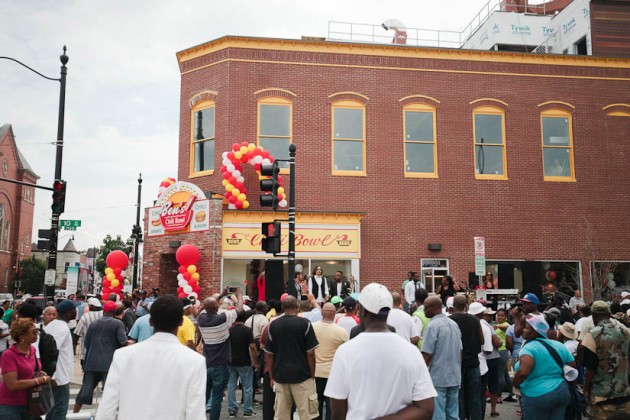 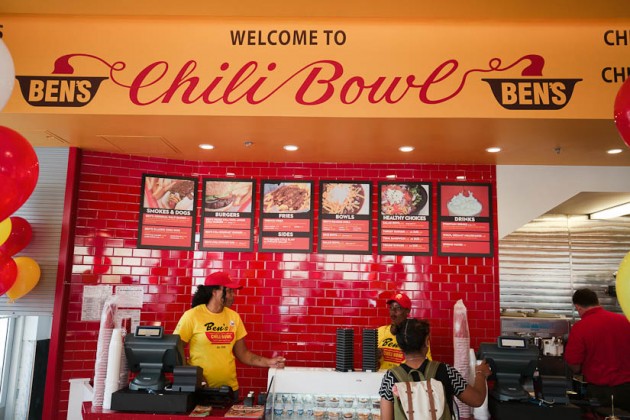 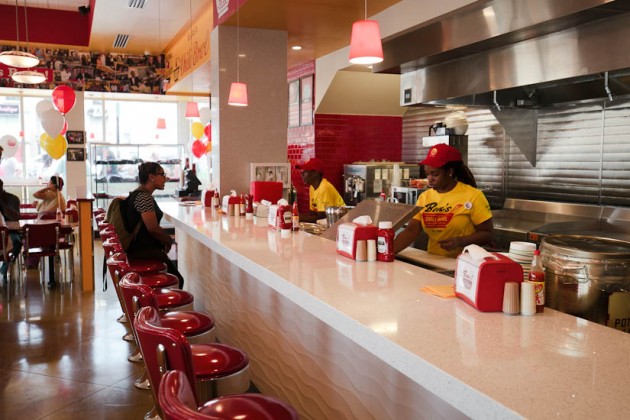 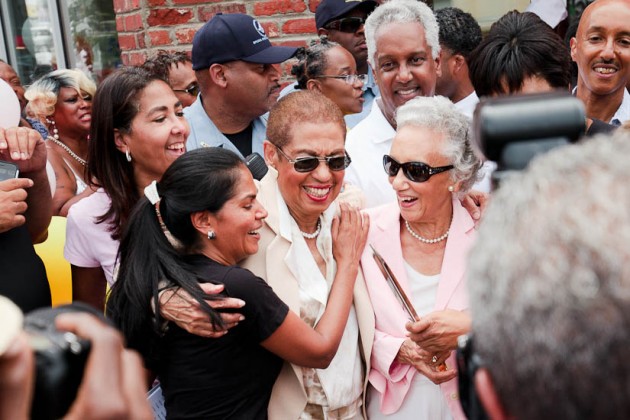 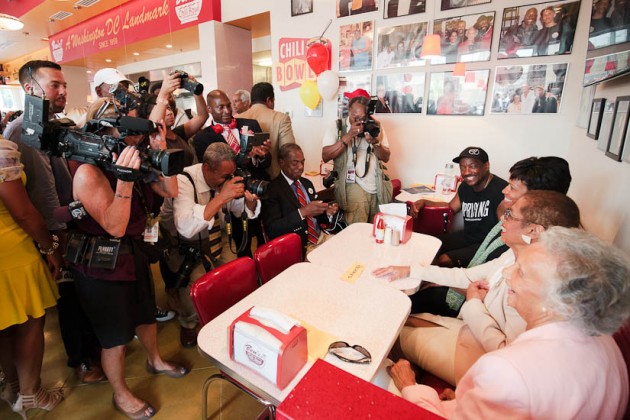 A U Street landmark has expanded to H Street.

Hundreds of people descended on the H Street corridor today to revel in half smokes and go-go music for the grand opening of the new Ben’s Chili Bowl, reported Borderstan’s sister site HillNow.

Virginia Ali, who opened the original Ben’s on U Street NW with her late husband in 1958, cut the ribbon to open the restaurant at 1001 H St. NE this morning with the help of Mayor Muriel Bowser, Del. Eleanor Holmes Norton and others.

Ali said opening a restaurant on H Street signifies the neighborhood’s turnaround since riots devastated the area after the assassination of Martin Luther King Jr. in 1968.

“This area had a downturn after the riots in 1968,” she told Hill Now. “Now it’s in the process of growing, and we’re very happy to be a part of that growth. We’re here to serve a community, to support a community and we anticipate the community here will support us as well.”

Prior to the ribbon cutting, Bowser, Norton, Councilman Charles Allen of Ward 6 and other local officials applauded the Ali family’s focus on local business and community.

“This is a small, family-owned business whose owners call D.C. home and care about what happens here,” Bowser said. “This is a small business who saw other opportunities on H Street and said, ‘Ben’s Chili Bowl needs to be there.'”

Norton said she was excited that H Street not only got a Ben’s, but that they also got a chance to dance along with the go-go music of the Chuck Brown Band before and after the speeches.

“H Street was the heart and is the heart of this community, but it did not arrive until today because only today did it get a Ben’s,” Norton said. “Everybody here knows there will never be enough Ben’s for D.C.”

Inside, the restaurant is filled with mustard-yellow and ketchup-red decorations, a long bar, a handful of booths and a wall of well-known celebrities who have visited the restaurant. Comedian Bill Cosby, who has close ties to the Ben’s chain and helped open its Rosslyn location, didn’t appear among the photos.

Cosby, who has faced allegations that he sexually assaulted women, was in a photo on the wall before the eatery opened, the Washington Post reported. But the photo wasn’t there today.

A line to enter the restaurant began to form at 9 a.m. Mattie Callaham, who lives near the eatery, had the first spot in the line.

“I’ve been going to the U Street one for over 20 years,” Callaham said. “Since I live in this neighborhood, I could walk here, and it wouldn’t be no problem. I just can’t wait to get one of those hot dogs.” 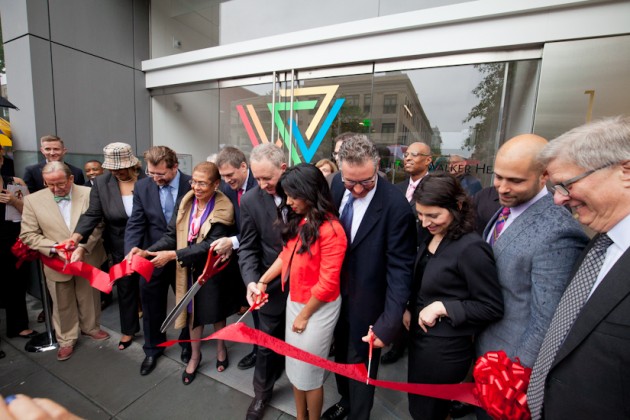 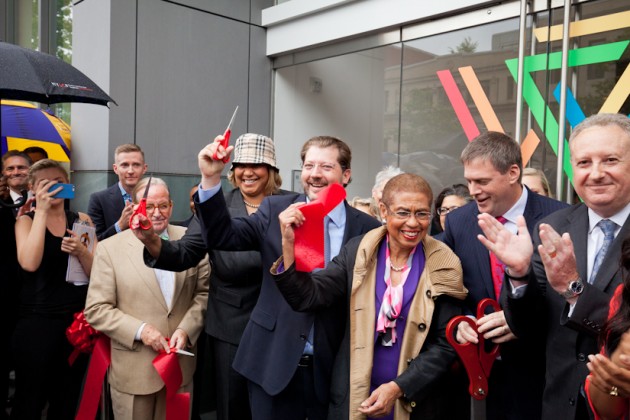 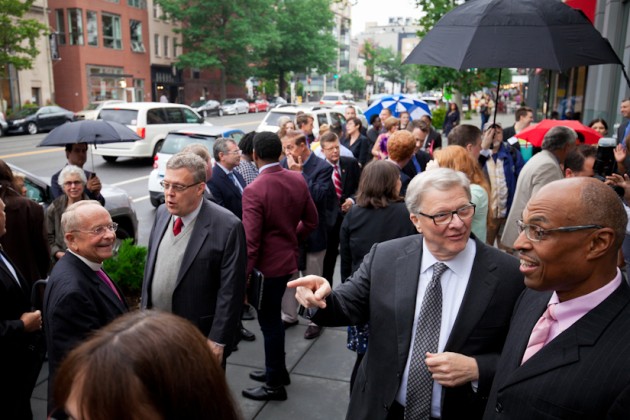 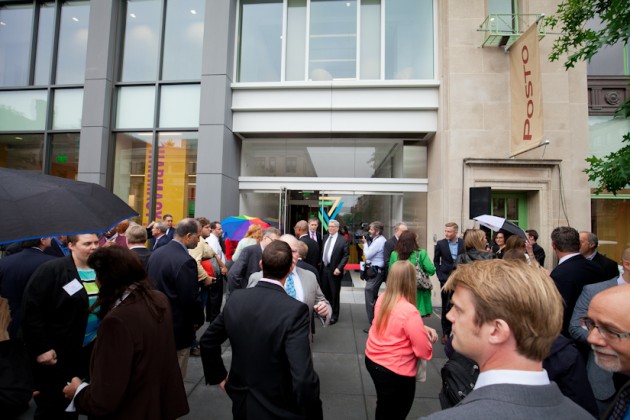 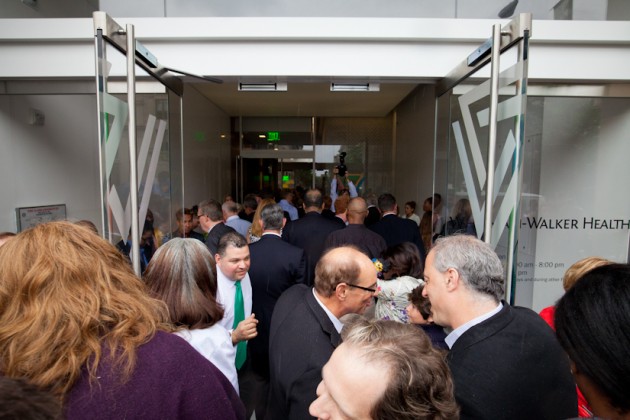 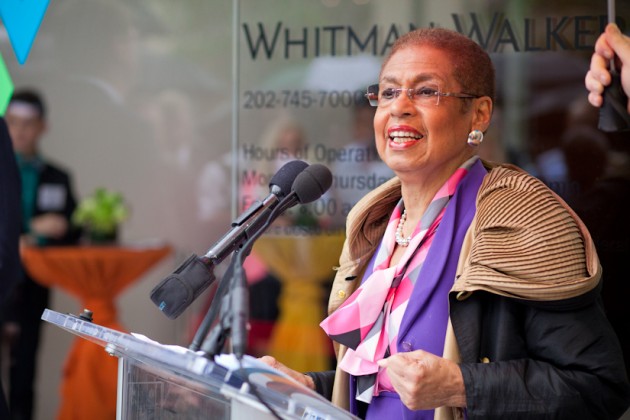 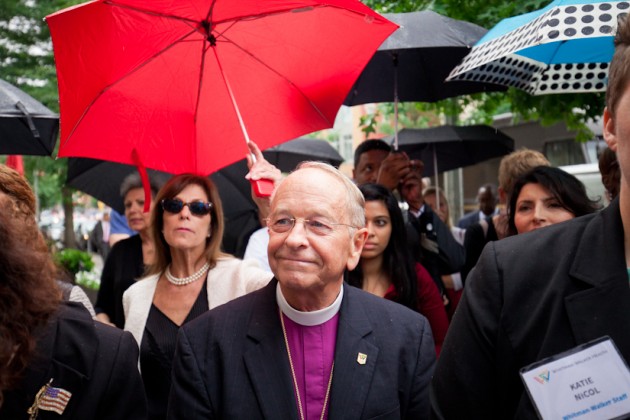 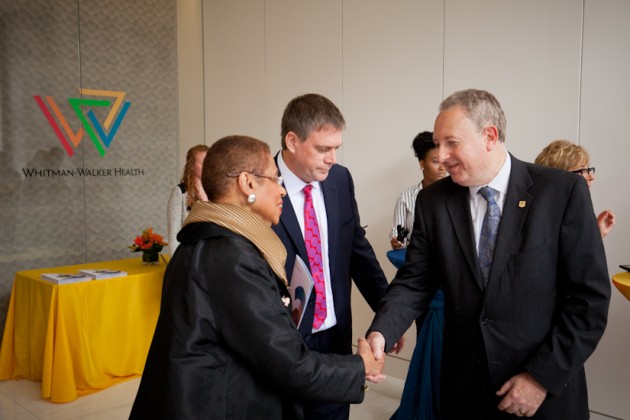 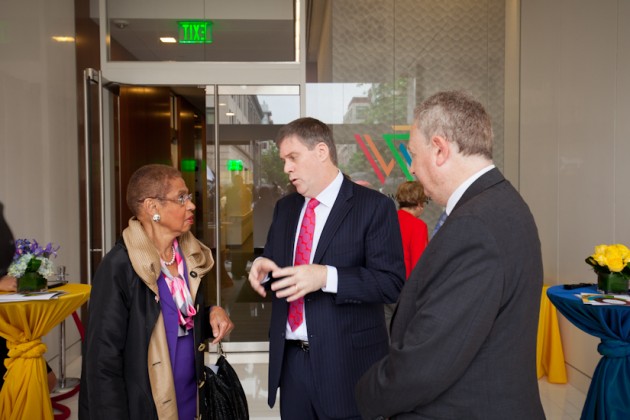 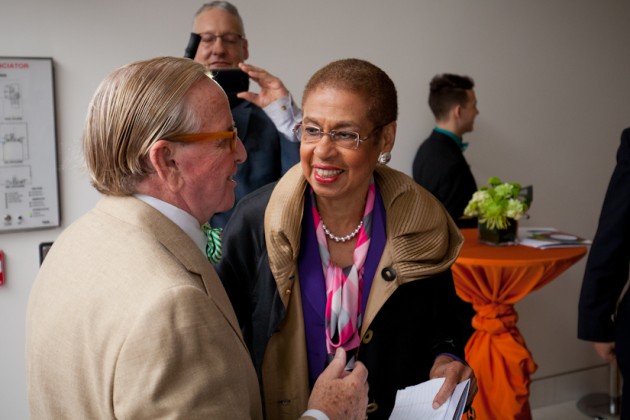 There were many political poobahs (yes, it’s a word I love) on hand; I spotted Councilmembers Jim Graham (Ward 1), Mary Cheh (Ward 3) and [I think I saw] Phil Mendelson (At-Large). At-Large Council candidate Clark Ray was there as was DC’s delegate to Congress, Eleanor Holmes Norton. END_OF_DOCUMENT_TOKEN_TO_BE_REPLACED