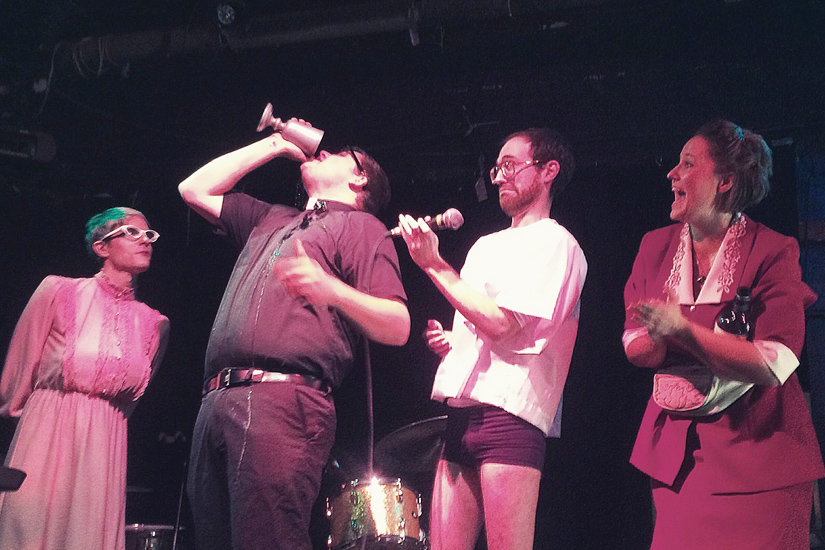 Monthly shows regularly feature monologues, sketches, music and “Shots ‘N Tots” Communion, during which attendees are provided a shot of whiskey and a single tater tot.

Since its debut at The Wonderland Ballroom in Columbia Heights, the show has developed a “loyal flock” of 150-160 members that consistently fill the back stage at Black Cat.

Some suggestions for this 3-day weekend in D.C. —

The Going Out Gurus over at The Washington Post have reviewed openings and shows for the post-tourist fall season in D.C.:

After the artistic drought that inevitably occurs every August, I regard fall with a mixture of hope and dread. On the one hand, there are so many exhibitions that start up in September. On the other, how can I possibly get to all of the ones I want to see? I’ve already started paring down the extensive list of shows that seem really interesting, really strange or a mix of both. Here’s my sure-to-be-re-edited first take: