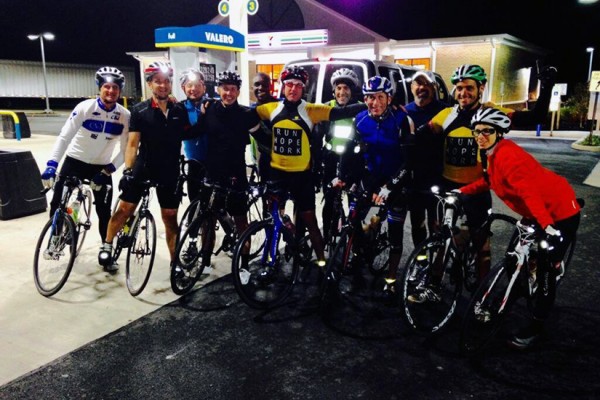 Local cyclists will have a chance to show off their athletic skills and raise money for at-risk kids and teens during a massive bike ride this fall.

Nonprofit Run Hope Work is set to host Bike to Brooklyn, a 267-mile bike ride where cyclists will travel from BicycleSPACE (2424 18th St. NW) in Adams Morgan to Brooklyn on the weekend of Oct. 8 and 9.

Early Saturday morning, riders will start the grueling ride to New York City. Along the way, they’ll stop for food and rest, including a visit Philadelphia to meet up with more cyclists, Harrison said.

While the end goal is to ride all the way to Brooklyn, the journey doesn’t end there. Upon arriving, participants will able to enter the 13-mile Staten Island Half marathon, according to the event’s organizers.

“They’re going to be going on a ride of a lifetime,” said Kate Harrison, executive director of Run Hope Work.

Though a dozen people made the inaugural Bike to Brooklyn ride last year, at least 60 to 75 bicyclists are expected to participate this year, Harrison said.

To join the ride, cyclists must pay $200 and raise an additional $750 for Run Hope Work. If they don’t manage to raise the total amount, they will be responsible for paying the rest, Harrison said. However, Harrison added she believes the price and the risk of having to pay $750 is worth it when you factor in the included jersey, entry into the Staten Island Half Marathon, meals and planned parties.

Plus, attendees will appear in a documentary film about this year’s ride, Harrison said. And, of course, she added, they also stand to make the world a better place by raising money for at-risk kids and teens.

The organization will host training rides and open registration periods at the Ivy City BicycleSPACE (1512 Okie St. NE) throughout August and September. 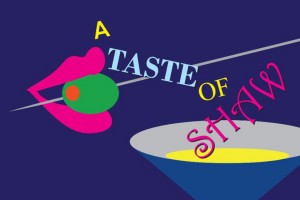 Locals will be able to sample dishes from 22 Shaw eateries and bars tomorrow night.

The event will include samples of signature food and drinks from restaurants and bars including the Columbia Room and the Passenger, Convivial, Espita Mezcaleria and Right Proper Brewing Company, among others.

Mayor Muriel Bowser and D.C. Councilmembers Charles Allen, Jack Evans, Brianne Nadeau and Vincent Orange will attend the event and help unveil a bronze plaque “that proclaims that Shaw is among the best Main Streets in the nation,” according to a press release.

Proceeds from the event will help support the “economic revitalization and historic preservation activities in central Shaw.” 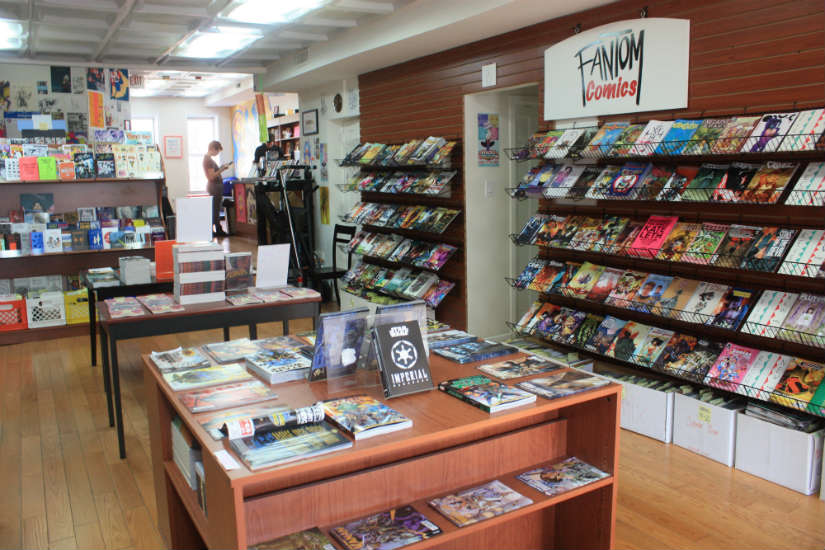 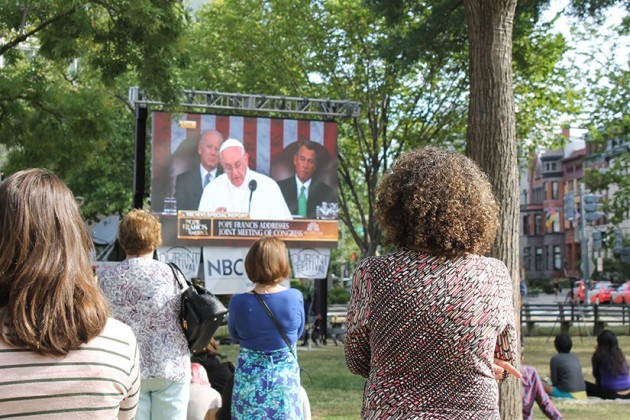 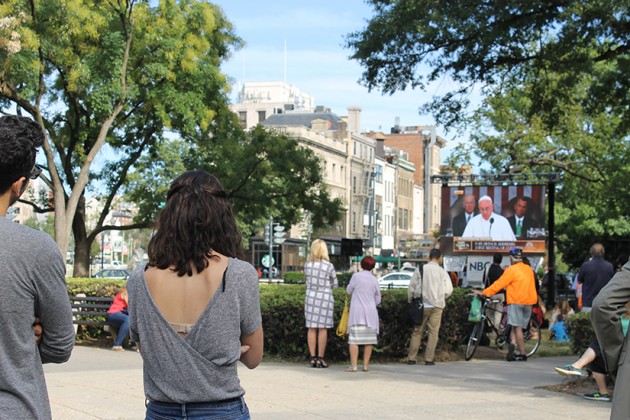 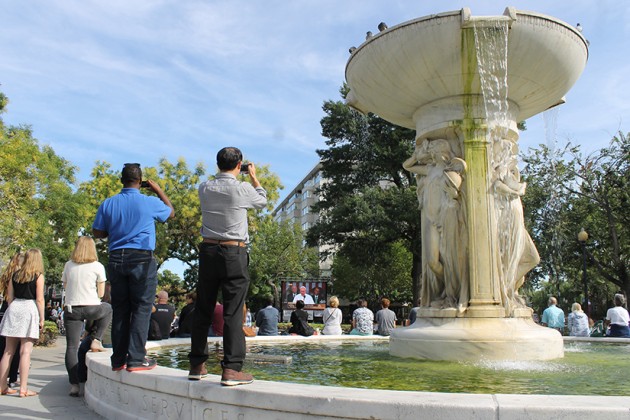 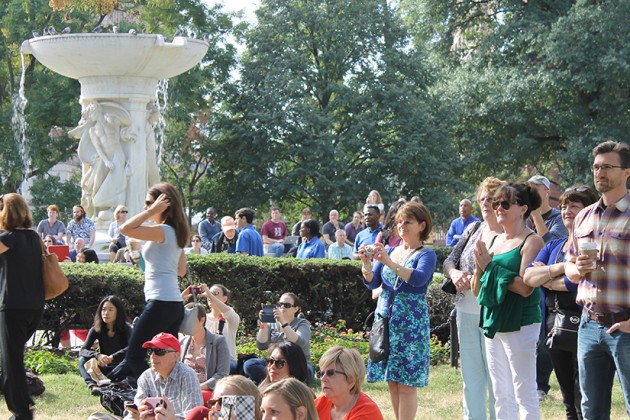 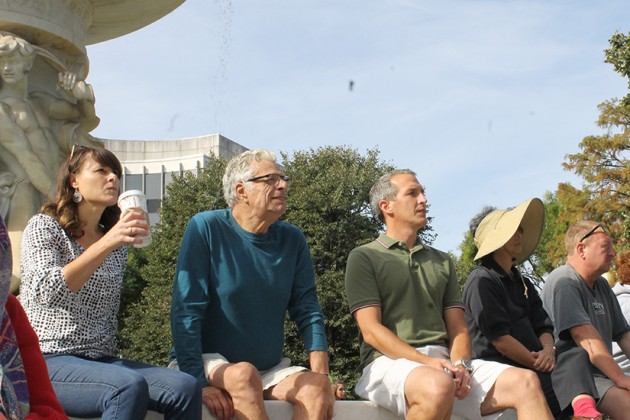 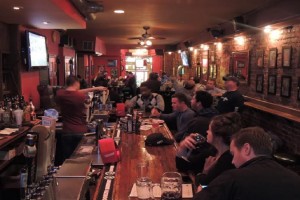 A local author and historian will prove tonight that heroes don’t deserve all the credit.

Arciniega, a volunteer docent and researcher for the D.C. Historical Society and Kiplinger Library, has spent years exploring the city and learning about its infamous individuals.

Copies of Arciniega’s books will be available for purchase and signing at the event. 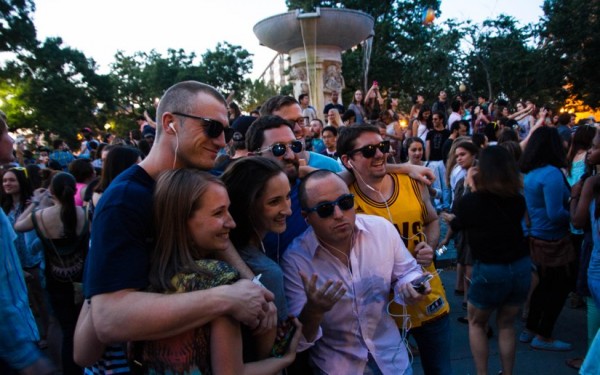 The Silent Disco Dance Party will return to Dupont Circle on Saturday, Aug. 29.

The first silent dance party in June attracted hundreds of earbud-wearing revelers in colorful costumes and party attire dancing to tunes that only they could hear.

With Love DC will again organize the event and assemble the party’s playlist.

“Our first silent dance party was so much fun we just have to do it again,” reads the event’s Facebook page.

“Again, the idea is simple,” continues the event listing. “Show up on time. We all push play. We dance. We smile. Joy spreads.”

Nearly 6,000 people have already RSVPed to attend the party.