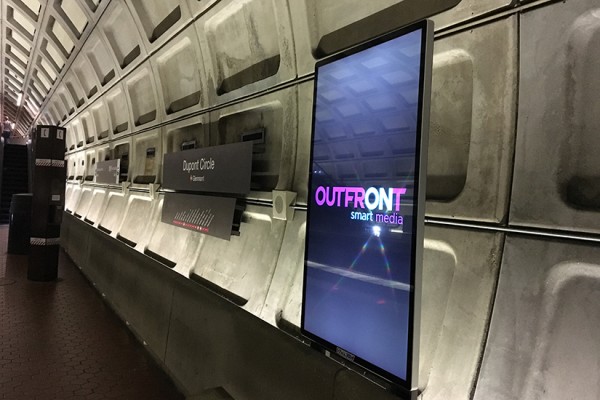 Fully animated advertisements might soon catch your eye at Metro stations across the District and the surrounding area.

A national billboard and transit ad company is working to install brand new digital displays at key stations across the city, according to Metro.

“Over the next few weeks, our partner OUTFRONT Media will be replacing some existing, static advertising dioramas in the Metrorail System with new 65″ digital panels,” said Metro representative Morgan Dye.

The displays, which loop video advertisements in crystal clear quality, were recently installed at seven Metro stations across the District, including Columbia Heights, Dupont Circle and McPherson Square, Dye said.

Here’s Metro’s full list of the stations included in the project’s first phase:

END_OF_DOCUMENT_TOKEN_TO_BE_REPLACED 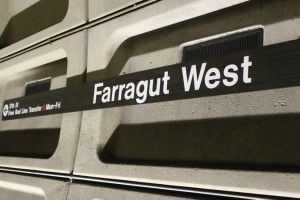 (Updated at 5:08 p.m.) Golden Triangle BID would like to change the Farragut West Metro station’s name.

“With the silver line extension coming to Dulles and a lot of the tourist traffic coming in, Farragut West will be the most convenient first stop for the White House,” Jutras explained. “From a neighborhood standpoint, increased foot traffic in the area would help the businesses on our side of the White House.”

Jutras added that adding the words “White House” to the Farragut West Metro station may also prevent photo-seeking tourists from traveling all the way to Metro Center in search of the iconic residence and therefore prevent congestion.

Jutras said the district would like to submit the suggestion in time for WMATA to consider it during the agency’s upcoming station name and map revision period.

Leona Agouridis, executive director of Golden Triangle BID, is working on a draft of a letter to WMATA urging the agency to change the station’s name, added Jutras.

Commissioner Mike Feldstein, 2B-01, then said he’d like to remind the room that it was the commission, not the BID, that suggested adding “White House” to the station’s name.

“Golden Triangle came to us and asked to change the name of that station to Golden Triangle,” Feldstein said. “We argued the name should be changed to the White House.”

Other commissioners followed with concerns.

“I’m actually not sure if it is closer [to the White House] than McPherson Square,” said  Commissioner Daniel Warwick, 2B-02. “And if you just add it to Farragut West, maybe people on the Red Line would go to Metro Center and then transfer to Farragut West.”

“As I listen to this, I’m struck by the confusion that this would cause,” said Commissioner Abigail Nichols, 2B-05. Nichols added that, if Farragut North and Farragut West would include the words “White House,” why wouldn’t McPherson Square due to its closer proximity to the White House?

“As McPherson is not within the Golden Triangle BID, we’re not taking a stance on McPherson,” responded Jutras. “The resolution as it’s put forward is for Farragut West. The BID would also fully support adding White House to the name Farragut North.”

Chairman and Commissioner Noah Smith, 2B-09, summed up his thoughts before moving on to another resolution.

“I don’t think we have a lot of angst with the idea of changing names,” Smith said. “We’re not married to Farragut West by any means. But I personally would suggest a more comprehensive plan.”