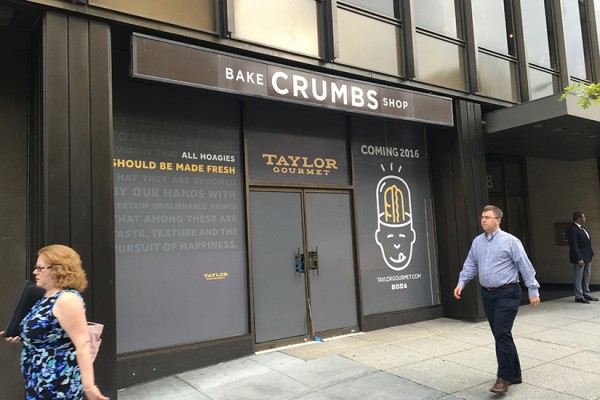 A popular local sandwich shop has plans to open a new location downtown.

A walk through Taylor Gourmet’s seasonal menu reveals subs stuffed with ingredients such as turkey, feta and salami alongside slightly offbeat sandwich fillings like strawberries and cantaloupe and cucumber slaw.

This isn’t the only eatery with its eyes on the area. Sweetgreen also plans to open a new location down the block, as we reported last week.

A Taylor Gourmet representative declined to comment on the opening. 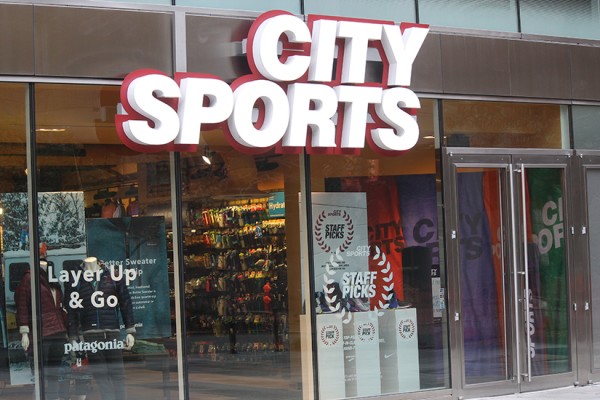 The Boston Globe reported yesterday that the troubled Boston-based company planned to close all 26 of its locations because of its inability to find a buyer that would keep the stores open.

The company, which filed for bankruptcy in October, closed its Georgetown store last week, reported the Washington Business Journal.

City Sports currently operates two locations in D.C. Employees at the downtown (1111 19th St. NW) and Gallery Place (715 7th St. NW) stores confirmed this morning that the locations would soon close, but did not say when.

Customers looking to stock up on athletic wear, take note: The company told the Boston Globe it plans to discount much of its merchandise starting tomorrow. 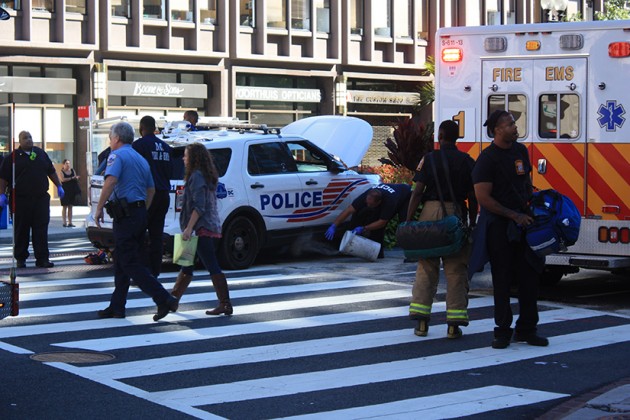 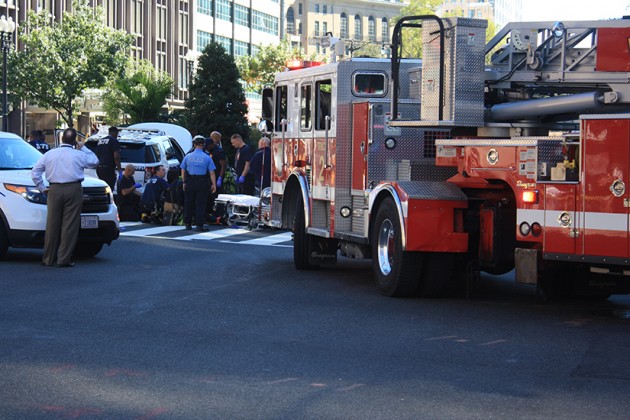 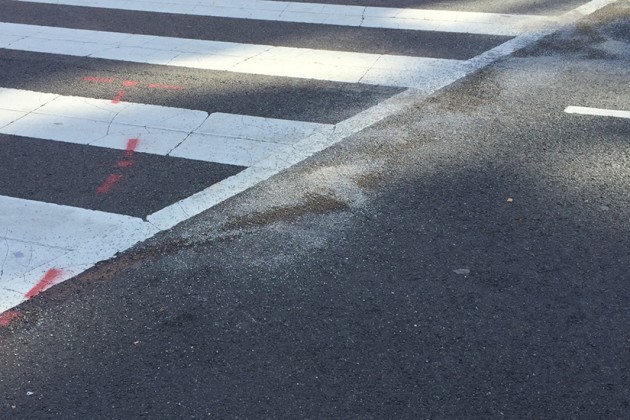 D.C. Police are on the lookout for a man they say beat a driver and stole his car near Farragut Square earlier this month.

In a video released by police today, a man wanted in connection with the crime can be seen peering into a camera and darting into traffic near an intersection.

According to police, a driver was stopped at a red light on the 1500 block of K Street NW on Sept. 9 around 9:10 p.m. While stopped, the driver was approached by a man who yanked open the front passenger-side door and demanded property, said police. The assailant then allegedly punched the driver in the face, causing him to jump out of the car and run away. Police said the suspect took the wheel and drove to the 1600 block of K street NW before running into another car. The car then lost power due to its distance from the driver’s keyless entry fob.

The suspect climbed out of the vehicle and chased after the victim to retrieve the keys, said police. After giving chase, the alleged assailant overtook his victim, knocked him unconscious and stole his car keys.

The suspected carjacker was last seen driving north on the 1000 block of 17th Street NW.

It wasn’t immediately clear if the victim sustained any injuries in the attack. Police said that although the victim was knocked unconscious during the assault, he refused medical treatment at the scene. D.C. Fire and EMS spokesperson Oscar Mendez said that one person was taken from the scene to the hospital in serious but non-life-threatening condition, but could not say if it was the victim.

DO YOUR PART TO HELP PREVENT AND SOLVE CRIME. Crime Solvers of Washington, DC currently offers a reward of up to $1,000 to anyone who provides information that leads to the arrest and conviction of the person or persons responsible for a crime committed in the District of Columbia. Your assistance is appreciated by your community.