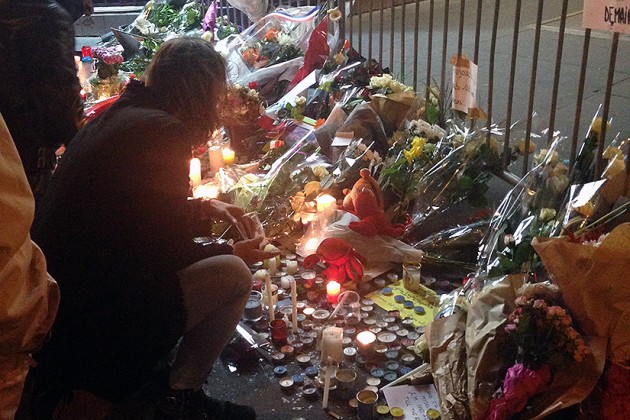 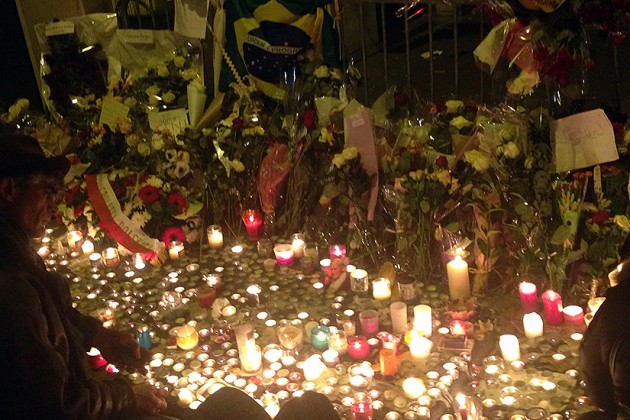 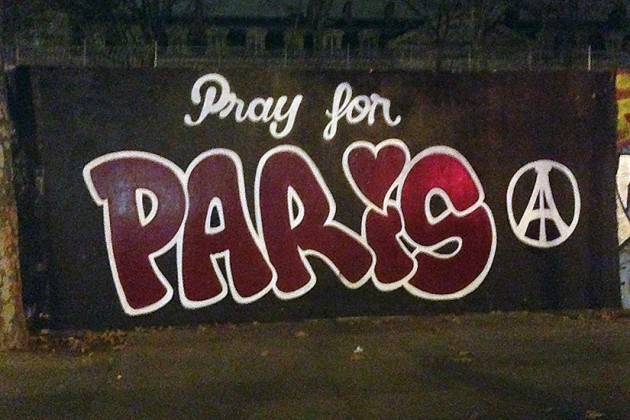 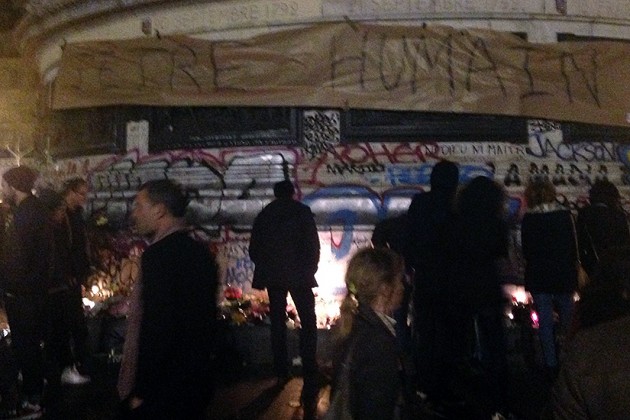 By ANC 2B Commissioner Nicole Mann

Traveling to a foreign country with limited phone and internet service is frustrating to begin with, but the stress is tenfold realizing everyone in the room is checking their cell phones in a panic and you’re left feeling uninformed.

I was sitting in a restaurant in central Paris on Friday evening, on vacation with a friend to get a feel for a foreign culture I had never experienced before. I had the overwhelming feeling that something important had happened when the Parisians at tables around me began to scroll through their phones in nervous whispers, receiving phone calls from friends seemingly all at once.

They were speaking in French, and I didn’t understand a word. I couldn’t stand sitting in the dark, so I switched on my data plan to check the internet against my better judgement.
Immediately the source of tension in the room became clear: there had been attacks in central Paris.

So many different reports were coming in — bombings, shootings, hostages — that, at first, I was skeptical. Surely something had occurred, but often initial reports on Twitter are hyperbolic and inaccurate, so at the time with limited information, I assumed the likelihood of all three reports was slim. I was wrong.

In the next few minutes the busy restaurant had fallen into a nervous dialogue. I don’t speak French, but I could still interpret the conversations: each Parisian was reporting that they were safe on social media, checking phones for updates, receiving calls from concerned friends and family, and rushing to be the first to report new information to the table as the initial speculation became fact.

Bombs had gone off at a stadium outside the central city. There were shootings outside restaurants about a 15 minute stroll from where we sat. And there were hostages held inside of a concert hall not far away.

We paid our check and rushed back to the hotel, flipped on CNN international, and checked Twitter for news.

As is usual with breaking news, Twitter is both the best and worst source to consult. While much of it was informative, just as much was inaccurate. Reports were flowing in about additional bombings and an active shooter at Centre Pompidou and Les Halles – both about two blocks from our hotel, and both of which we had walked by only hours before.

We didn’t believe it – we were convinced we would have heard the commotion from where we were. Anxious to be engaged in the story, we left the hotel to confirm, and walked to both places. They were silent and empty, and we reported back that the speculation was unfounded.

By then, Paris had been essentially shut down by a curfew, a purported first in the city since WWII. But people were still milling about. Emergency vehicles raced down the streets in large caravans every few minutes but otherwise the neighborhood was still. There were active shooters around the city, motives unknown at the time, but no one seemed panicked.

The next morning, with museums closed, we had nothing much else to do but to walk around the city. Our lunch waitress seemed stressed and fatigued but not scared. Some shops were closed, some were open, and some had been adorned by makeshift memorials; a black sheet draped over the door, a black winter scarf tied around a sign.

A salesmen at a clothing store browsing his phone spoke limited English, but asked us if we were American. He showed us a photo of the Empire State Building colored in blue, white, and red.

“It is beautiful. That this is for us. It is lovely. We appreciate it.” His words were genuine; he was not fearful or shaken. Rather, he seemed resolved, proud; he had had his store open all day.

I told him we had appreciated, too.

Shopping for clothes in Paris & we say we're from US. Store owner says Blue/White/Red WTC is beautiful & he appreciates. I said we did too.

That night we visited the memorials at each of the affected sites. Crowds of mourning Parisians were littered with news trucks and live shots, but the Parisians ignored them. The mourners were subdued and quiet.

Next to the memorial near the concert hall where hostages had been taken, a neighborhood bar was open — and packed! The crowd at the bar was so large, it had spilled out onto the sidewalk, but they weren’t sitting at tables sipping beers. Instead, they were standing and drinking in large masses, laughing and loud and tipsy and noisy and excited as though watching a sports game.

Fifty feet from the candlelit memorial, the news crews, and the blood-spattered street, Paris was still alive. I think that was the best way I could ever have experienced French culture.